Facebook-owned Instagram will be used by nearly one in four smartphone users worldwide this year, according to eMarketer’s global forecast of the photo- and video-sharing social platform. 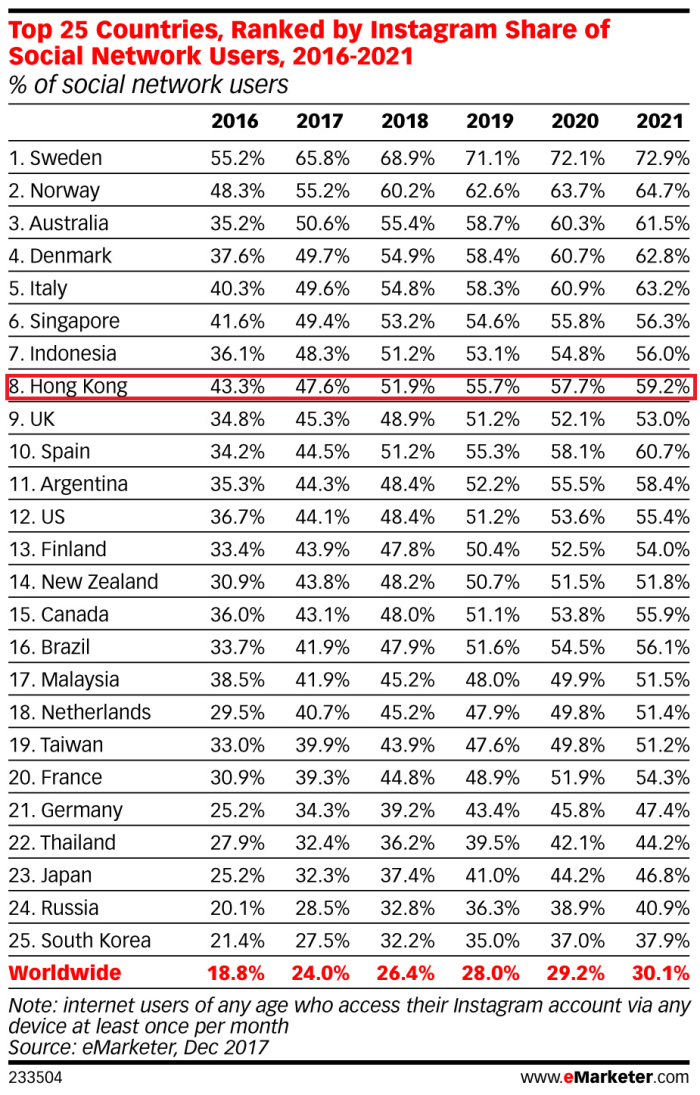 In the coming years, eMarketer expects Instagram’s growth to cool down from the explosive rates seen between 2015 and 2017. 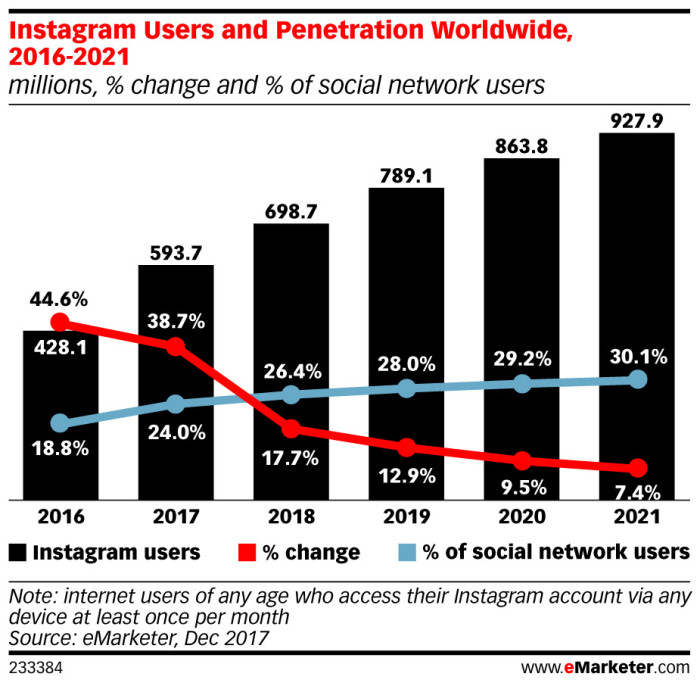 The primarily mobile-based platform does have some boundaries, especially when compared with Facebook—which attracts considerably more desktop-oriented users and older individuals.

By 2021, Instagram will reach 927.9 million users worldwide, representing 30% of social network users, eMarketer projects. Instagram’s audience in 2017 will be a little more than 38% the size of Facebook’s and more than double that of Twitter, which it overtook in early 2015.

“Instagram’s exponential growth in popularity over the past two years is a direct result of new product updates and features, including Instagram Stories, live video, geostickers and face filters, which have kept its user base active and engaged,” said eMarketer forecasting analyst Cindy Liu. “We see no signs it will slow down in the near future, and Instagram’s push toward international markets will continue to fuel growth.”