YouGov's BrandIndex measures the public’s perception of brands on a daily basis across a range of measures. The annual rankings are compiled using Buzz scores from across all 52 weeks of last year. Buzz scores measure whether people have heard anything good or bad about a brand during the previous two weeks. 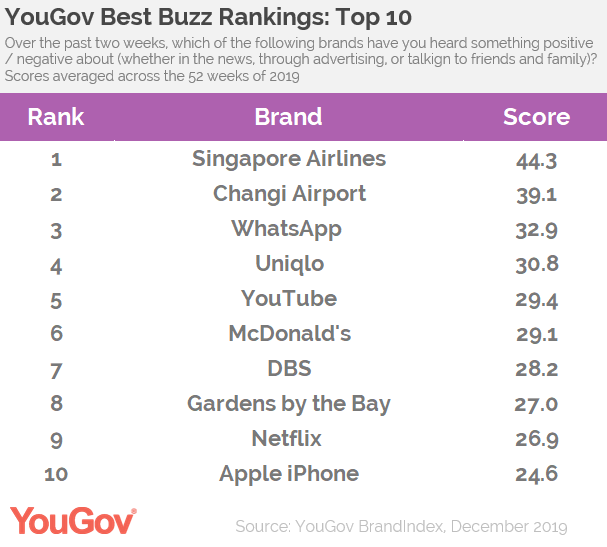 YouGov also released a ranking based on improvement in Buzz scores. Mass Rapid Transport (MRT) clinched the top spot with an improvement score of 18.8. It is reported that this is the second year the MRT got the biggest buzz score improvement. Grab and Changi Airport follow behind in second and third places, having improvement scores of 7.2 and 7.1 respectively. 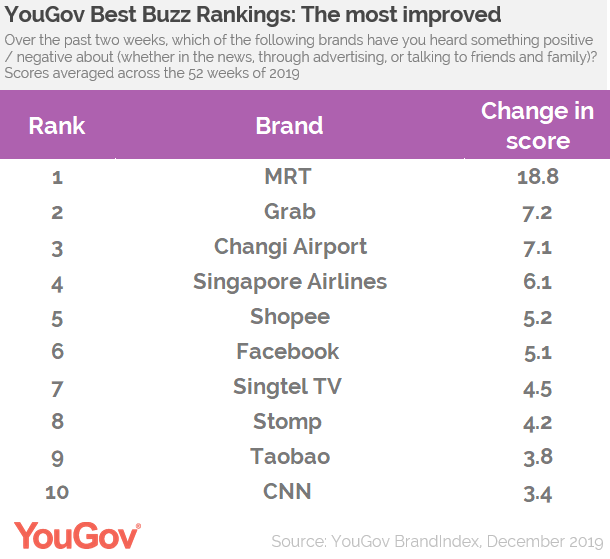 Ervin Ha, head of data products said there is a sense of Singaporean pride, seeing a quite a number of local brands making into the top ten rankings. He added that Singapore Airlines being a "great testament to the service of the nations’ most loved airlines", staying as the most positively talked-about brand for five years running.