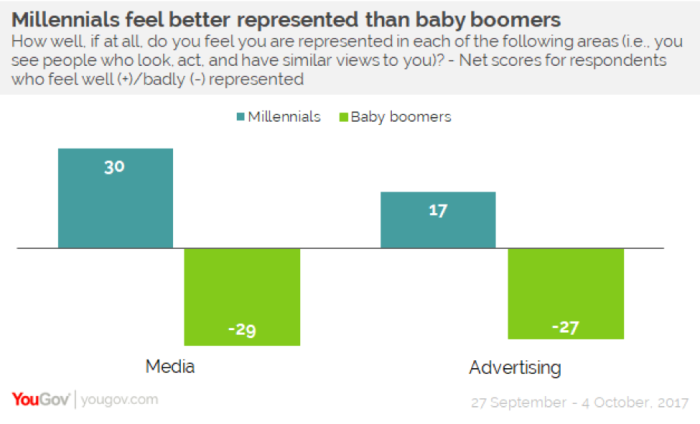 While Millennials are known for their love for digital media, with eight in 10 Millennials reading or watching content from social media at least once a day, less attention is usually paid to the time baby boomers spend on social media.

(Read also: Forget the fluff metrics on social. It's all about the sale) 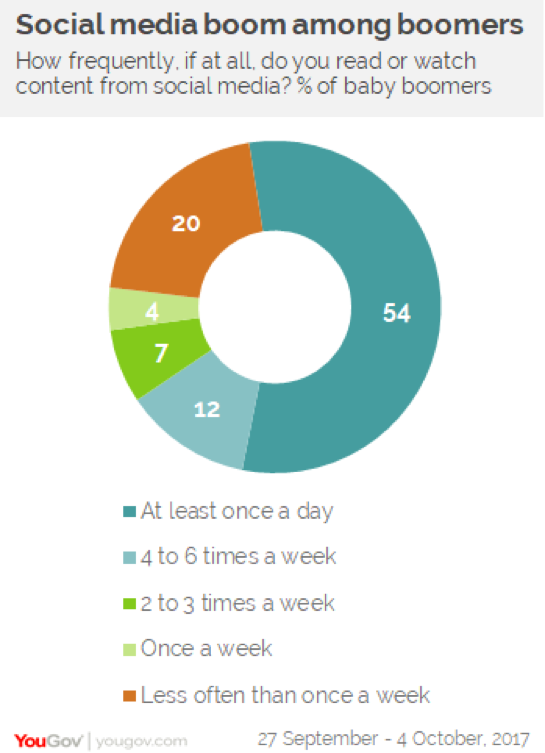 “With 54% of baby boomers consuming content on social media at least once a day, and only 1 in 20 influenced by the channel before purchasing items once a week, our research suggests the digital savviness of older generations is being underestimated by marketers. That coupled with the fact that age is cited as the biggest reason boomers feel misrepresented by the media and advertising makes the case for a digital strategy re-focused on engaging multiple age ranges," head of Omnibus, Jake Gammon, said.

The survey compared the opinions of respondents born between the mid-1940s and mid -1960s and between the early 1980s and mid-1990s. It asked respondents how well-represented they feel by the way they see people look, act and have similar views to them in media and advertising.