Nearly five years ago this suggestive ad ran in Singapore which created quite a buzz. Now the face behind the ad is kicking up a storm saying that the fast food giant used her picture without asking for her permission.

Earlier this week, the face behind the ad launched a YouTube video where she claims that she did not even know what was being done to her photo. She added that Burger King found her photo online from a series of various facial expressions and contortion poses she did and profited off humiliating her without her permission. Published just this week, the video is getting traction quickly, hitting close to 38,000 views and has been picked up by the press globally.

According to the lady, who chooses to be anonymous, the ad was recently the topic of discussion in a media studies class of 500 students at the University of Toronto where she lives.

“When asked for comment from the press Burger King claimed the campaign went down well, however after some research I discovered The Advertising Standards Authority of Singapore (where it was released) received several complaints and the campaign had to be prematurely removed,” she said.

“This is a top international food chain the world is watching that has a code of ethics they're required to adhere to for that reason by law, but did not in how they went about using my image,” she added.

The story will be updated. In the meanwhile, Burger King has given a statement to The Telegraph: “Respect for customers and employees is a top priority at Burger King restaurants around the world. This advert was created by an independent franchise in Singapore in conjunction with a local promotional offer. This ad was not released in any other markets.”

Marketing is reaching out to Burger King Singapore and ASAS for a statement. 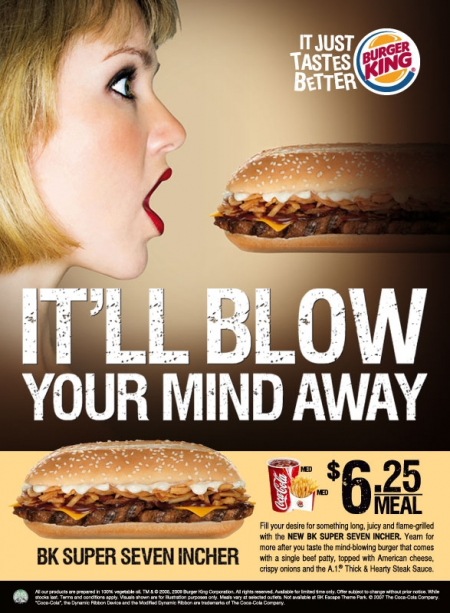