Facebook's WhatsApp has failed to protect users’ data security in the face of US government data requests, according to a report from non-profit digital rights group Electronic Frontier Foundation.

EFF's annual report "Who Has Your Back?" evaluates across five areas how well companies protect user rights. These include transparency on data retention policies, whether the companies inform users about government data demands and government content removal requests.

And WhatsApp, acquired by Facebook last year for US$19 billion, has the lowest rating with only one star out of five, despite having an entire year to prepare for the study.

WhatsApp is among the most popular messaging mobile app in the world with 800 million active users globally and is widely used in Hong Kong with 71% penetration rate.

According to the report, the mobile messaging app failed to request a warrant before giving content to law enforcement agencies. It has allegedly refused to publish information about retention data of IP addresses and deleted content.

The report also notes the app makes no promises to provide advance notice to users about government data demands. 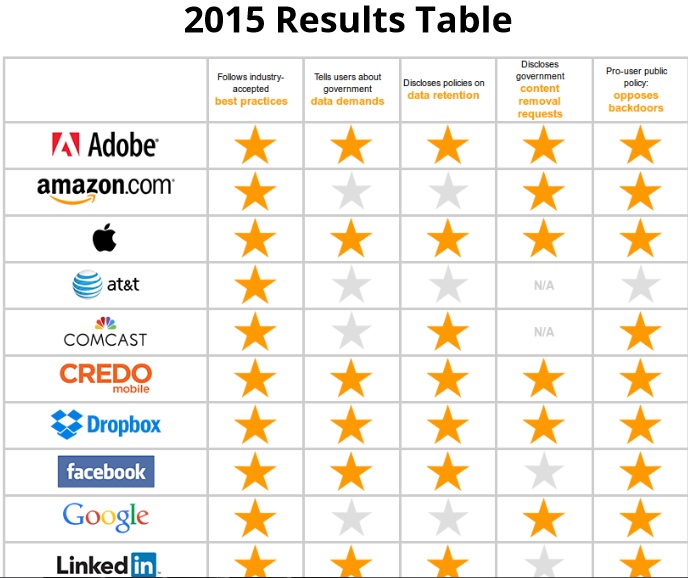 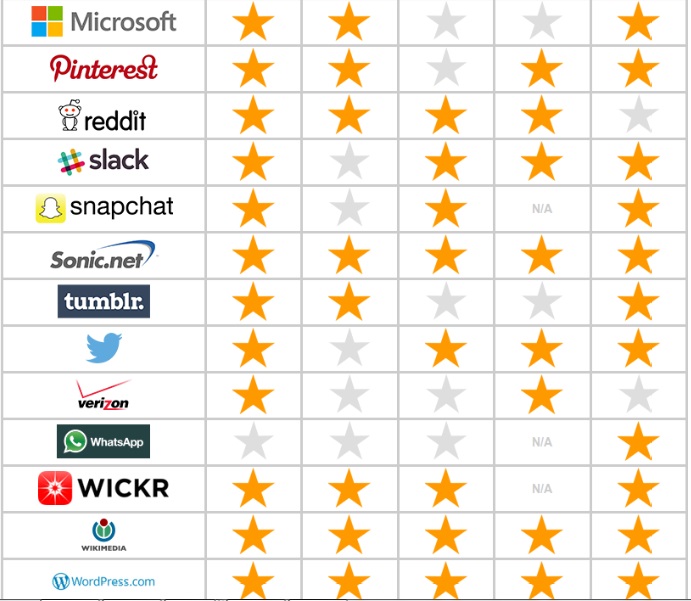 "We appreciate the steps that WhatsApp’s parent company Facebook has taken to stand by its users, but there is room for WhatsApp to improve," the non-profit group states on the study.

When reached by Marketing, a Facebook spokesperson said it was not commenting on the report.