Hashtag galore at the Super Bowl this year.

A research by hashtag.org discovered that hashtags showed up more than 50% in the Super Bowl commercials. According to the research, 45 commercials used hashtags,  32 slogans used hashtags and 13 brand names were used in a hashtag. 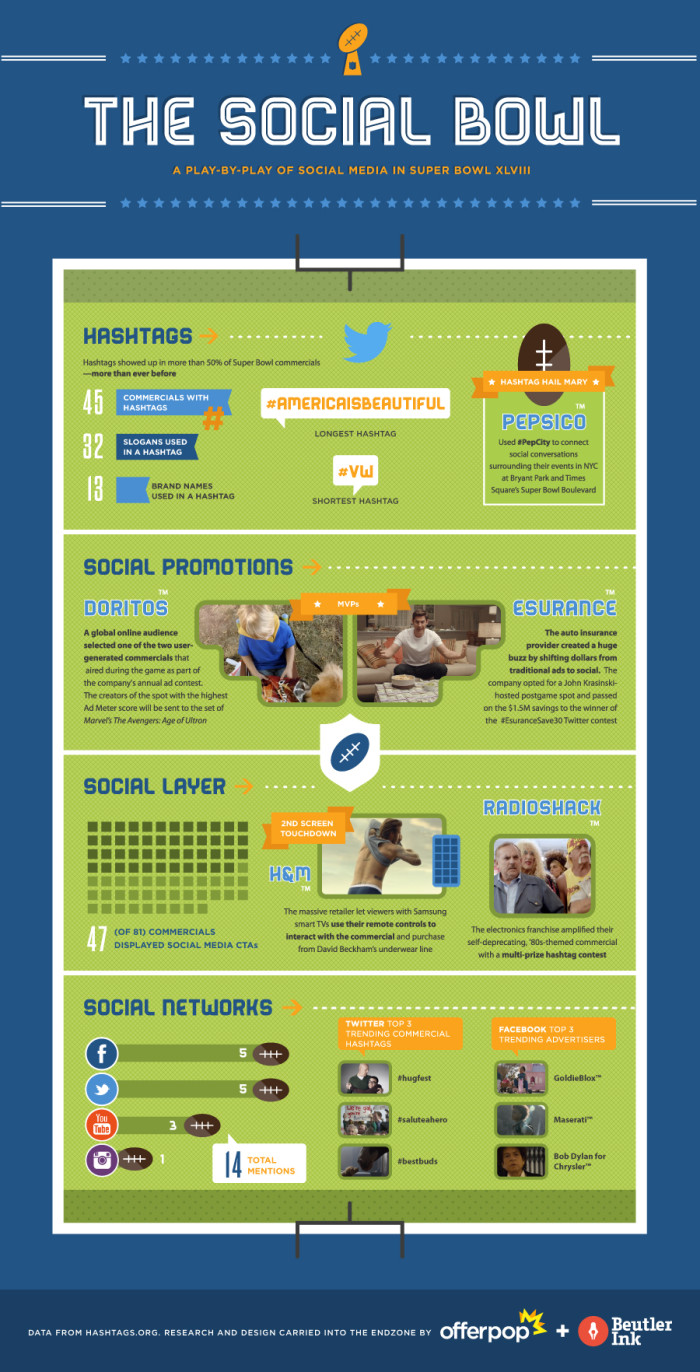 Here are a few ads that used hashtags throughout the season that left an impression.

Viewers were given the opportunity to decide whether they would prefer David Beckham #covered or #uncovered in his recent super bowl ad for H&M.  If it isn't already obvious to how the public prefers the man candy, the ad featured the footballer running around in his tightie-whities. #uncovered, it is.

Coca Cola’s #AmericaIsBeautiful is one of the longest hashtag this season featuring people of various skin tones and age enjoying their lives. The TVC's message is that the beauty of America, is its people.

Puppy love by Budweiser showed the friendship between a puppy  and a horse, cleverly weaving the latter animal in conjunction with the year of the horse and Chinese New Year. Budweiser's #bestbuds hashtag ended up being the top three trending hashtags on Twitter.

#VW is the shortest hashtag adopted into the Volkswagen's TVC Wings.  Following in the footsteps of holiday classic It's a Wonderful Life, Volkswagen's ad featured a father and daughter in a car where the father explains to his daughter that every time the car hits 100,000 miles, a German engineer gets his wings.

Pepsi Co managed to put together several advertisements that was hashtagged #halftime.