ItÂ isÂ opening the Kuala Lumpur hotel by the third quarter of 2018, and has also appointedÂ Christian Metzner to the role of GM, W Kuala Lumpur. Prior to his current role, he was part of the pre-opening team at Westin Beijing Financial Street and Westin Tianjin in China. Metzner began his hospitality career with Marriott International in 2003 in Germany, before moving on to hold various positions within the company in China and Malaysia.

In a statement to A+M,Â Metzner saidÂ that this year alone, Malaysia has made some “bold changes” and disrupted the status quo. As such, it is “definitely ready” for a brand like W, that brings the distinctive New York Energy with a “Whatever/Whenever” service mentality and upbeat programming to Kuala Lumpur. He also described Kuala Lumpur as a city that embraces a “forward attitude”, having evolved from its humble heritage as a mining town to a skyline punctuated by skyscrapers.

To raise brand awareness of the new hotel in Kuala Lumpur and drive bookings, the brand intends to create buzz worthy events, including a few pre-launch activations in the city, and work with influencers, Metzner said. Additionally, the hotel aims to elevate the guest experience with its W Insider, who is more than just a concierge, as the individual is always in the know of all guests, events and ideas. It also aims to differentiate itself with its W Music Curator, who is responsible for creating an energetic atmostphere for its lounge, W Living Room, WOOBAR and WET Deck.

“When it came to looking for local agencies to work with, we knew we wanted to work with folks who embody the same values as the W brand â€“ those willing to bend the rules and make a statement, yet stay true to who and what we are,” Metzner said.

Metzner describes W’s target audience as someone who is unafraid to stand out, a rule-breaker and a scene-stealer. He added thatÂ a W guest does not merely follow trends, but rather sets and redefines them.

“Here in Kuala Lumpur, weâ€™re looking at the movers and shakers of the townâ€” also the undercover rebels, the ones behind-the-scenes who make the city the playground that Southeast Asia has come to know and love.Â That being said, we also welcome guests from all walks of life to experience Wâ€™s lust for life,” he added.

Among the list of offerings that guests can look forward to are 150 guest rooms and suites, a range of F&B offerings at its all-day dining restaurant Flock and Cantonese Chinese restaurant Yen. As part of its opening, W Kuala Lumpur will boast a full calendar of exclusive W Happenings that showcase its four passion points, which as also the brand’s take on well-being – design, music, fashion and fuel. Metzner said:

We donâ€™t want to be classic luxury; we want to continue to disrupt and redefine the hospitality scene that W has come to be synonymous with.

He added that the biggest lesson learnt for him throughout his years of experience is to put the talents first. A guest can enjoy a luxury hotel stay in many places worldwide, but what makes their stay memorable and keeps them coming back are the talents, their service delivery and love for the brand, Metzner said. 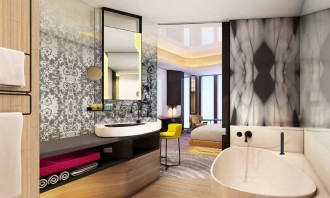 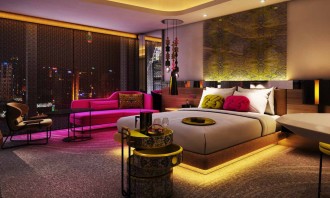 First launched in 1998 in New York, W now has more than 50 hotels worldwide, including Singapore, Hong Kong, China and Indonesia.

The ad follows an endearing story of a grade-school boy who makes a promise to protect an egg for 2 weeks, and then brings that pr..

Is the haze putting brand Singapore under threat?

Should Singapore have used the Grand Prix to bring the issue of the haze to a global stage? ..

BBC has appointed Lewis PR as its local PR agency of record, following a pitch for its channels business and BBC Global News. ..

Sharon Koh has left the company after three years in the role. ..