A frustrated customer connected on social media is really all you need for a crisis and the recent Air France incident highlights just that.

Circulating on social media is a letter posted by unhappy customer Shah Jay who wrote a long letter to Alexandre De Juniac, chairman & chief executive officer of Air France-KLM, after his flight got cancelled mid-way with little or no customer support for passengers.

The 3000-word long letter details, chronologically, the entire experience he had on board the flight and transit from US to Bombay earlier in October.

Shah who took the flight from John F. Kennedy Airport, USA was heading towards Bombay. However the flight was cancelled mid way in Paris, the hub of the airline indefinitely without any proper explanation.

Shah says in his letter: “Everyday I wake up and I check my inbox to see if I’ve received an e-mail from one of your Customer Relations Executive, I frantically search my mailbox to see if there’s any post from Air France regarding the incident that’s probably going to have lifelong implications on the goodwill of your company.”

The letter has enraged netizens globally, with many posting on airlines’ Facebook page asking for an explanation and some even calling for a boycott.

Together with social media, crisis communication strategies must evolve too and here’s why: Think you’re managing the crisis? Maybe not

This is not the first incident where social media has amplified a negative message. Read also: 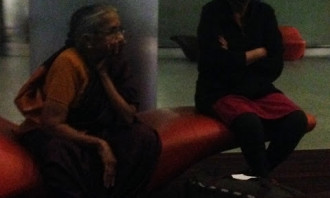 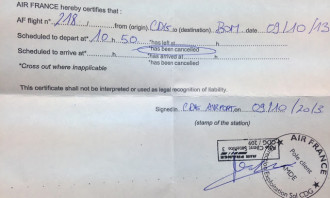 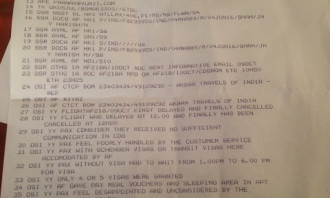 British Airways back in the news with must-watch safety video

The 6-minute celebrity-packed video, which follows a cabin crew strike and a disastrous IT (and PR) failure, is the airline's late..

Jonathan Beh has been elevated to CEO of Cadreon China, and Allan Lina to head of Cadreon Philippines...

Malaysian consumer confidence has risen in the second quarter of this year, according to a recent report by Nielsen. ..

In the age of digitalization of financial transactions, sari-sari stores are challenged to keep up with this trend. Leading commun..

What makes Hyundai sure about digital

While it has not firmly established a means to measure digital's contribution to its top line, Hyundai Motors is convinced it play..