What happened at #twitteryacht on Sunday

Despite the passing monsoon showers over the weekend, Twitter managed to pull of an entire day of fun on a yacht.

Fortunately, the skies cleared up just in time to set sail around the various islands in Singapore. The #twitteryacht event kicked off yesterday with two batches of reporters, bloggers, marketers, influencers and radio DJ’s on board having a blast.

Guests were also treated to a fun afternoon of music, BBQ dinner and drinks. 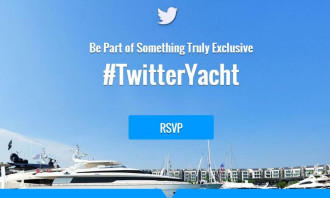 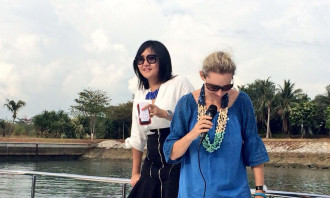 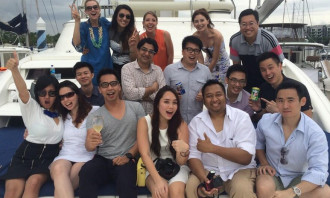 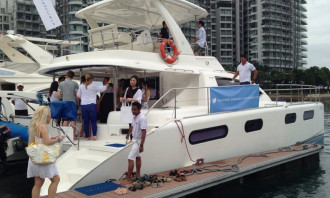 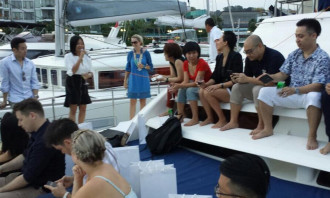 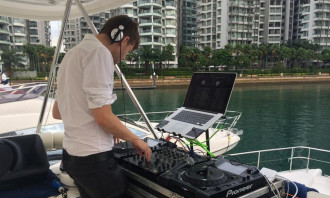 And here’s the latest on its marketing plans. On board, the Twitter team which is approximately a force of 30, unveiled a range of marketing plans it had for the upcoming year. The social media platform aims to focus in on partnering up with female entrepreneur network The Athena Network to focus on women.

Twitter aims to provide technology education and training to support women in achieving their business goals, with three key content pillars centered on using Twitter for communities, entrepreneurship and technology. The goal is to enable medium and small businesses to scale through real-time technology, and drive greater adoption by women-led start ups and SME’s in the region.

It has also launched a range of new programmes targeting the C-suite executives along with creative and media agencies.

The programme titled “Eat your tweets” will be aimed at getting clients, especially C-suite executives, CMO and head of digital to better leverage the platforms. A training programme would be launched for these high level executives to better understand how to utilise the platform.

“Chirping” a new programme will also be launched to tell stories on twitter. The programme  aims to give clients the opportunity to learn from each other by sharing their stories. The #Chirping program is a Twitter-led initiative that offers clients four levels of support:

– Tweeter Meter : Once a campaign is in progress, Twitter will develop an infographic view of how the client’s campaign is working and delivering against goals.

– Success Story : After a campaign is completed, Twitter will work with its clients to tell their story in a comprehensive manner with full analytics and benchmarks, and will share it on the business.twitter.com site.

– Video Chirp : This lets clients do the talking. A videotape is made on clients and they can edit their story into videos that can later be usedfor sales and marketing purposes.

Meanwhile a media training programme, “Take flight” will also be launched. This is a certification academy teaching media agency folks to book on the platform and makes sure the ROI programme delivers for the clients.

These are all world firsts made for Asia and clients in Asia and have been localised for the individual markets. The announcement was made last night on a private party held by Twitter.

Are the kindness campaigns working?

The future of commerce is brand commerce

Ten trends that are shaping how we build brands today...

Adidas unstoppable in its pursuit of women’s market

New marketing push aims to empower women to support and encourage each other to achieve their personal best...

HSBC has launched a new credit card, the HSBC Visa Infinite, with a print and outdoor campaign to support the product. ..

Emarsys adds on products to its mobile offering

The incumbent on the account is Mindshare for media. ..