The appointment to the company, an Asia Pacific real-time media platform, follows a series of senior executive hires including Christopher McCarthy as CMO, and Stuart Spiteri, who has recently been promoted to CEO, boosting the company’s rapid growth ambitions across Asia-Pacific. 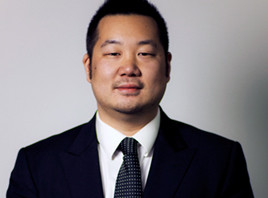 In his new role, Tsang will consult with digital planners and advertisers on managing data, funnel attribution and RTB strategy. He will also be supporting trading desk teams including WPP, OMG, Vivaki, Aegis.

Claiming to be the only global real time media platform with data centers and servers behind the firewall in China, Brandscreen is making a big push into China, integrating with major China ad exchanges including Taobao TANX, Tencent, and Baidu.

“In North America, nearly 30% of advertising goes to online display advertising is conducted via RTB, which is a considerable increase compared to four or five years ago. Although there is only 5% advertising on online media in China so far, we still see a tremendous growth potential in the region. All of these will be transacted via RTB,” said Christopher McCarthy, chief marketing officer of Brandscreen.

Before joining Brandscreen, Tsang was head of Performics China, the performance-marketing arm of ZenithOptimedia Media Agency Group, where he was mainly responsible for managing the agency’s marketing services in China.

Prior to that, Tsang was China country manager and sales director at DG MediaMind, where he rebranded and the team as MediaMind with a localised IDC infrastructure, and drove YoY sales growth of 150% between 2010 and 2011.

“As the digital media landscape continues to evolve at a rapid pace in China, I look forward to working with our media publisher and agency partners, to deliver innovative business value over the medium term period,”  Tsang said.

A portfolio of standout work and a strong financial performance helped the agency post an outstanding 2015...

The effort will be led by Nurun Singapore, the design and technology consulting arm of Publicis Communications. ..

With the new funding, GOJEK aims to scale its strategy by leveraging Southeast Asia’s growing mobile-first population and rapidly ..

The two O’s of expanding a travel agency

Flight Centre's David Fraser shares his vision for growing a travel agency in Hong Kong through a upcoming online platform and gre..

Influencer marketing is predicted to become a US$2.38 billion market in 2019 and majority of Instagram influencers fall into the m..