People with visual impairments have largely depended on braille code to expand their knowledge of the world, but a new ink-based solution may prove to be a credible alternative to the coding system.

Advertising agency J. Walter Thompson Bangkok, along with the Thammasat University and Samsung Thailand have developed what is thought to be the world’s first ink innovation for the blind.

It also allows embossed printing of non-braille characters and other shapes and patterns, which has endless new opportunities. 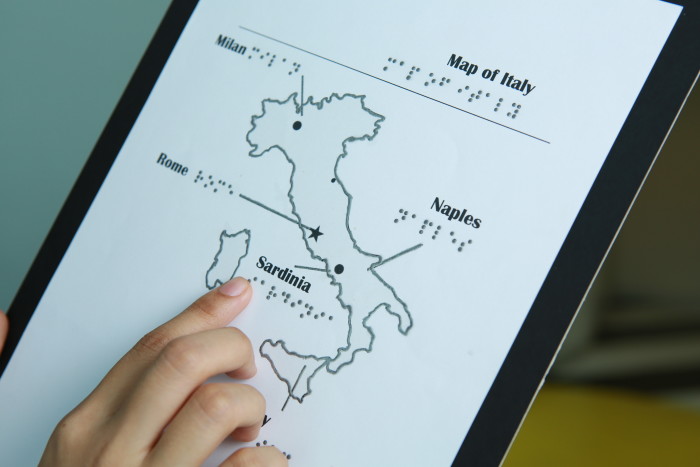 "This will open up a new world to people with visual impairment and revolutionize their knowledge accessibility," Satit Jantawiwat, chief creative officer at J. Walter Thompson Bangkok, said.

"Some of them were born blind and have never really known many things that may be common for people with normal vision, such as math symbols, musical notation symbols, and drawings or paintings.

"Touchable Ink gives them the key to unlock this door and enter a more resourceful world of tactile sensations, either to ease their everyday life or to broaden their accessibility to more fields of learning like music, mathematics and art, for example."

This newly-invented ink is being tested for Thailand Association of the Blind with equipment support and R&D consulting from Thai Samsung Electronics. 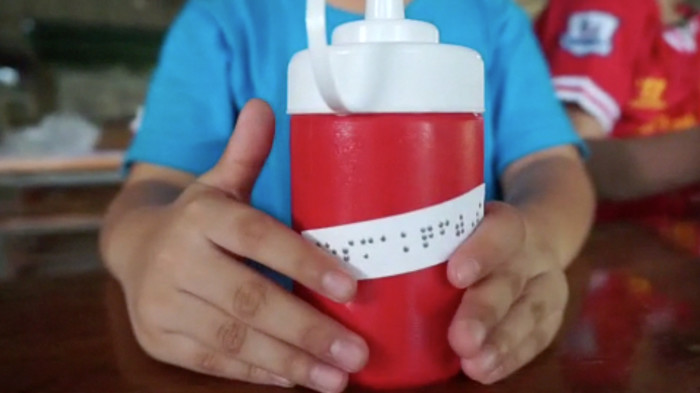 Parattajariya Jalayanateja, managing director of J. Walter Thompson Bangkok, said the Touchable Ink project began from a study of visually-impaired people that led to better awareness of their needs.

"As a group of people who are part of our society, their needs are not different from people who can see," she said.

"They want to live happily like people who have normal vision. They are proud to be self-reliant, being able to perform small and big tasks themselves and minimize their dependence on other people.”

Dr. Nopparat Plucktaveesak, Head of Department of Chemistry, Faculty of Science and Technology, Thammasat University, added this Touchable Ink innovation was a source of much pride for the university.

"It is a Thai invention that, with continuing support and development further on, has the potential to benefit visually impaired people worldwide. It would enable the blind people to print from normal printer with price starts less than THB 2,000, instead of braille embosser which costs at least THB 100,000."

He said the Department of Chemistry and J. Walter Thompson Bangkok are now in process of patenting the innovation.