Over the past few months leading up to the big 50th birthday bash, consumers in Singapore were flooded with ad campaigns celebrating the nation in all its glory. From giant OOH posters to tiny pinkie-sized circles, red dots flooded the nation in a bid to drum up anticipation for the biggest party of the year.

The National Day Parade also caught the attention of global news sites such as the BBC, which claimed the entire affair cost the nation nearly SG$20 million (£9.6m) this year.

According to statistics from Twitter, millions of Singaporeans joined together in the real world and on Twitter to celebrate their country’s golden jubilee across the country, setting a Twitter record for a one-day event in Singapore. More than 230,000 tweets about #NDP2015 and all things related to the National Day Parade on 9 August 2015 were sent out.

Meanwhile, brands, both local and global, also played their part in the celebration. While there were many campaigns according to Meltwater, these five really made their mark. Meltwater has been monitoring the trending conversations on social media for a month and found out what the public have been buzzing about with SG50. Here are the campaigns that garnered the most mentions on social media.

“Rebuild” started with LEGO enthusiasts in Singapore envisaging what the metropolis might look like in the next 50 years. Ideas ran from futuristic skyscrapers, dominating highways to towering offices. The brand then asked the builders of tomorrow, the children, to “rebuild” their ideal Singapore.

“We saw what progress looks like through the eyes of six-year-old kids, what their dream city would be. It was fascinating to see what their priorities were for Singapore. Sometimes we might lose what is most important in the pursuit of development – spending time with loved ones, and taking care of our communities. That is what togetherness is all about, and that is what celebrating SG50 is all about,” said Dan Luo, the country manager of Lego Singapore.

Take a look at how it turned out:

Tiger Beer also lined up a slew of events and activities to commemorate the nation’s 50th birthday. Calling itself, “Singapore’s unofficial official favourite local beer” the brand decided to throw its own epic National Day party.

The brand decided to put the power in the hands of the people by getting Singaporeans to vote for what they wanted to see at their party. To round off the celebrations, Tiger Beer’s iconic blue and silver packaging also received a patriotic SG50 makeover, with the release of limited-edition red and white livery on all its cans, pints and bottles. 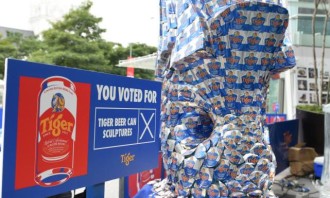 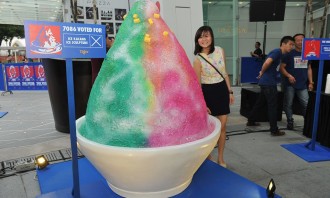 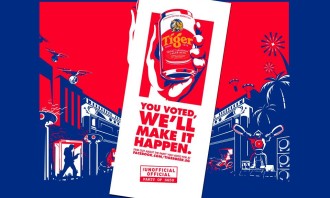 “We’re extremely excited to reward our long-time fans by galvanising the nation to vote for their ideal party situation in the unofficial official party of SG50,” said Rene de Monchy, former head of marketing for Asia Pacific Breweries Singapore.

“Tiger Beer is very proud of its Singapore roots and there’s no better way to celebrate the nation’s 50th birthday than by giving back to everyone, creating a party by the people for the people – something that has never been done before.”

The world famous “Share a Coke” campaign also hit Singapore’s shores just as the nation was about to embark on its biggest celebrations. In celebration of Singapore’s 50th anniversary, Coke, Coke Zero and Coke Light cans and bottles featured commonly used Singaporean terms such as auntie, uncle, ah boy and chiongster. It also had favourite Singlish phrases such as Gam Siah, Relak Lah and Chiong Ah among other more commonly used colloquial terms.

Meanwhile, five collectible bottles featuring well-known places and icons that have connected Singapore over the past 50 years were also launched.

The first design commemorated the few bird singing corners left in Singapore, where the pioneer generations habitually gathered to listen to the sounds of their songbirds. The second design remembered the childhood game of five stones. The third design captured the place many of us call home – the HDB flats. The fourth design saluted the national service milestone and the final design depicted the extensive network of the MRT lines, connecting us to wherever we need to go. 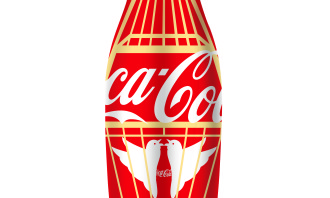 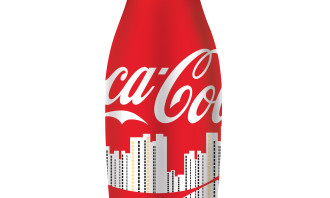 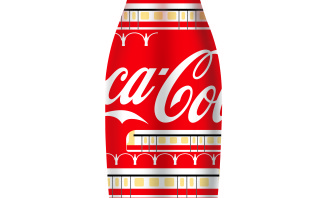 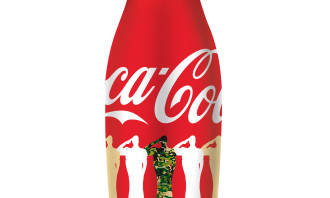 “Fifty years is a coming of age and Singapore has developed into a nation with a strong culture, underpinned by shared traditions and experiences,” said Gill McLaren, general manager of Coca-Cola Singapore, Malaysia and Brunei.

“Coca-Cola has been bringing people together in Singapore for nearly 80 years, and we wanted to give people the opportunity to reminisce over a bottle of Coke about the places and icons that make Singapore unique. We hope the bottles will evoke happy memories for people and create special shared moments between friends, family members, colleagues and even neighbours.”

As a home-grown brand and being one of the most established insurance companies in Singapore, Great Eastern has been making a difference to generations of Singaporeans. For SG50 it launched a campaign called “Making 50 wishes come true!” where it invited members of the public to pen down their wishes and aspirations. The company then promised to fulfil 50 of the most meaningful ones.

Changi Airport also brought on its nationalistic spirit in full gusto with the “I’m Home” campaign. Changi Airport launched a song and film that celebrated its commitment to service and attention to detail that has defined the brand. The campaign was done in collaboration with Benjamin Kheng, co-founder of the popular Singaporean indie band, The Sam Willows, and directors Wee Li Lin and Charles Lim.

The campaign was part of a series of special events by Changi for the nation’s 50th anniversary, including an online photo contest, “My Changi Story”. Singaporeans were invited to send in an old photo taken at Changi and to share a short anecdote of the significance of that photograph.

Centaline's largest brand push banks on a cartoon mascot in a bid to hook youth with a sense of cuteness...

Kids are all over social media these days and while that can't be curbed, what should brands and social media owners do to not exp..

Ruder Finn has promoted three key staff to major positions in the network...

The Philippines is turning out to be a booming tablet market in Southeast Asia...