The first day of Ramadan can be a struggle.

To help ease this test of faith, here are five ads to get you in the celebratory mood this festive season.

1. Beverage giant Coca-cola aims to inspire a sense of community this Ramadan with its Share-a-Coke campaign.

With the help of Malaysian actress Elfira Loy, Coca-cola portrays the unbreakable bond between mother and daughter, as the actress eagerly returns home - with a Coke bottle named “Mak” (mother in Malay) in tow - to join her mother to break their fast together.

2. In Indonesia, the brand launched an ad that celebrates the communal ties that bond and strengthen over the holy month. The ad features variations of the personalised Coke bottle which make cameos during post-terawih coquetry and pregnancy announcements.

3. Meanwhile, Coke’s rival competitor ,PepsiCo Pakistan launched “Lighting up Lives”, a nationwide campaign created by Walter Pakistan, that invites consumers to help deliver eco-friendly lighting to underprivileged communities. This is done simply through buying a bottle of Pepsi during the month of Ramadan.

4. Furniture store Ikea has debuted its Raya Range with its “Bling it all home” campaign. The campaign currently runs on Ikea’s main website, on print and on its Facebook and YouTube pages.

The campaign aims to promote the store’s suite of furniture and other festive deals. The images for the ads feature a Muslim family all decked out in traditional Malay costumes appropriating hip-hop influences and gestures.

5. With the help of creative agency Publicis Malaysia, food brand Maggi launched a "Menang Duit Raya Sambil Beramal Dengan Maggi" (Do good by winning this Ramadan with Maggi) campaign to reward its customers this festive season.

For every purchase of participating Maggi product,  customers stand a chance to win cash prizes while Maggi matches the cash prize amount won to a charity home of the winner's choice.

The campaign runs for six weeks over the Ramadan and Hari Raya period on digital and social mediums. 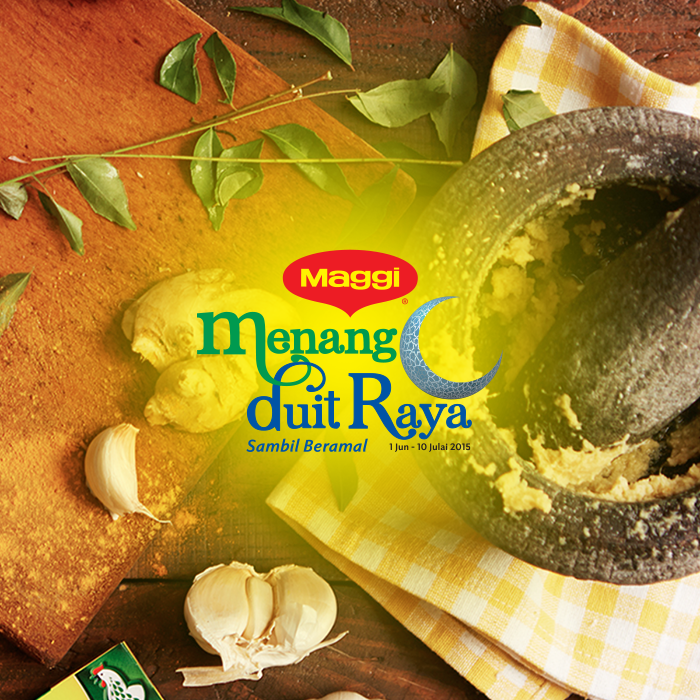 Throughout the month of Ramadan, Muslims are invited to share their "rezeki" or blessings in either three-second video spots or pictures, and post them on Instagram with the hasthtag #rezeki3saat. For each uploaded "rezeki" video, AIA Public will donate RM10 to an orphanage so the orphans can hold their own Raya open house celebration at the end of Ramadan.  It has also launched a microsite http://rezeki3saat.my/ for the campaign.

The campaign is a continuation of  AIA Public's campaign titled “Cubaan dan Rezeki Tiada Hentinya" launched last month. The video spot, developed by Leo Burnett, narrates a married couple’s struggle to start a family after the wife suffers a miscarriage and is told that she will likely never be able to conceive.

7. McDonald's Ramadan commercial titled "Share the spirit of Ramadan"  promotes its breakfast menu for your pre-dawn meal. The ad shows a grandfather-grandson pair teaming up to surprise the mother with a table full of McDonald's goodness delivered to their home.