After a high profile change of sponsor from SingTel to Singapore Airlines (SIA) , eyes have been on SIA's debut year as Singapore F1's title sponsor.

While across local papers, SIA got the most number of mentions, on social media it lagged behind the likes of Ferrari and Mercedes. (Read also: Can SIA unseat SingTel's influence over F1?)

According to media monitoring firm iSentia, while there was significant buzz around SIA's brand, market reception was less than what happened with SingTel's sponsorship, with the latter creating buzz with initiatives such as SingTel's Grid Girls. 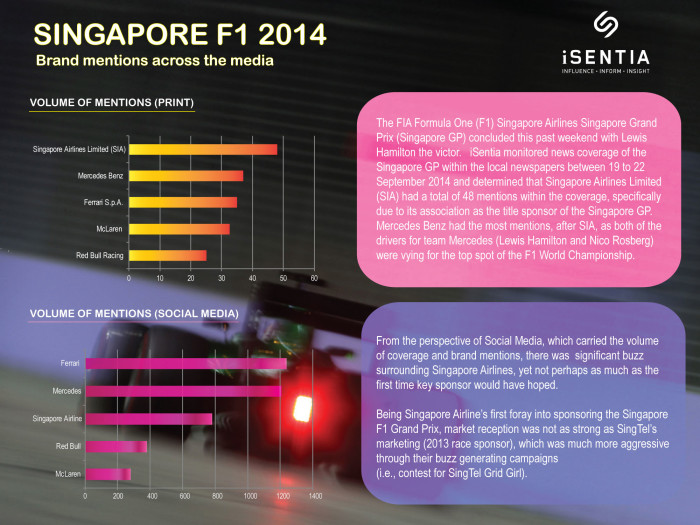