Just as Samsung ties up coping with the disastrous battery issue of Samsung Note 7, embarrassingly recalling the phone and finding ways to replace it for those who are handing them over, Hong Kong people cheerfully mocks: "The bad name is here to blame."

And for those who don't speak Cantonese like Hong Kongers do - the pronunciation of "Note 7" sounds like "a stick of penis" in Cantonese.

"Lucky seven" might have been the world's favourite number, so much that Samsung is hopping directly from Note 5 to Note 7 just to ride on the number's luck. Similarly, Apple employs the slogan "this is 7" to shad some lights on its latest phone model "iPhone 7".

Yet the picture is looking a bit different across the Great China region - not only is seven meaning nonsense in Chinese, it even sounds like the slang "柒" in Cantonese, which means "penis".

So if you translate Apple's slogan "This is 7" into Cantonese word to word... this certainly is not a good choice for Apple's Hong Kong marketing push. The team tweaks the slogan into "This, is iPhone 7" instead.

And neither does it sounds right in Cantonese for Samsung's "Note 7", in which the word "Note" also means "a stick of". Many prefer calling the name in English.

Marketing blunders happen when international companies fail to consider the translations of new slogans in other languages, and the stories of the two tech giants are here to teach us all some lessons - first and foremost, be careful with the number 7 when it comes to Hong Kong. 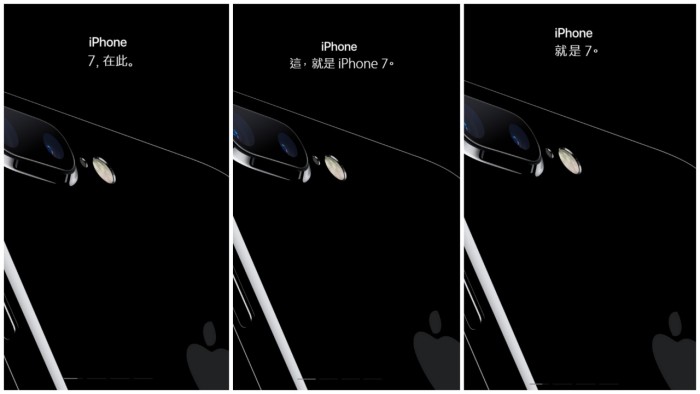 As is the custom every year, people from all over the world took to the internet and trolled Apple endlessly for any of its iPhone announcements.

And iPhone"7" is not the only gaffe that people are enjoying at the moment.

Its wireless earphones, AirPods, that Apple launched, have proved to be another playground theme for parody. The headphones, set to hit the market at US$159 next month, have been widely taunted for how they could easily get lost.

iPhone 7 users searching for their AirPods after 5 mins of buying them. pic.twitter.com/gcCKYQF1iY

They're trying to find their Air Pods #AppleEvent pic.twitter.com/AV9YLJPlH3

It's no big deal, here's a quick, cheap fix for #AirPods: pic.twitter.com/uxaRBQGkJ9

And brands like Durex China and Durex Hong Kong are joining the netizens to mock the AirPods in its latest ad. With the caption "Do not run away" and "Don't let me go if you love me", the ad is showing runaway AirPods-lookalike items which are trapped in Durex's product.

The ad cleverly conveys the message that the brand's thin condom line, AiR, is going to keep AirPods (or some other little things) securely.

The good humour has got Durex into much attention with the post on its' official Weibo site receiving more than 21,000 shares, 7,000 likes and 6,000 comments.