TVB has unveiled a pay-to-watch mobile TV service called GOTV, but the station's general manager SK Cheong denied it was a competitive pre-strike against HKTV, which is also moving on the mobile TV space.

Launched under the TVB.com banner, the GOTV app allows users to watch TVB dramas dating back to 1967 with a minimum price tag of HK$59 per month.

This is built on top of its free online channel myTV, which include a mobile app and claims a monthly viewership of more than 5 million.

According Cheong myTV accounts for 7% to 8% of its total 3G data usage in Hong Kong, but the broadcaster is set to up the ante for its digital broadcasting development in the near future.

The launch comes after rival HKTV’s up-coming launch of its mobile TV service in July. But Cheong denied the launch is deliberately going against Ricky Wong's mobile service.

“The speculation is completely untrue,” said Cheong. “We have been planning this new service for more than two years; it maybe the coincidental time of launching which gives public this idea, but this is not true.”

“GOTV is launched for the increasing need in pay-to-watch channel and to provide more choices for online entertainment.”

He however admitted the two broadcasters will go up again “indirect competition”.

“The positioning between us (GOTV) and HKTV’s sees a stark difference. Our new channel highlights our database whereas HKTV is promoting new products. All I can say is we are both vying for audience’s time on mobile TV channels under an indirect competition.”

TVB plans to increase its programme choice such as game shows and news programmes gradually in the middle of this year.

It will undergo overseas expansion, which Cheong said was a “necessity” as mobile TV is even more mature in overseas market. At this stage, no deal is sealed yet due to copy right issues.

He said he was looking at securing around 100,000 subscribers to the new service by the end of the year and it would only takes around two years to balance the cost. 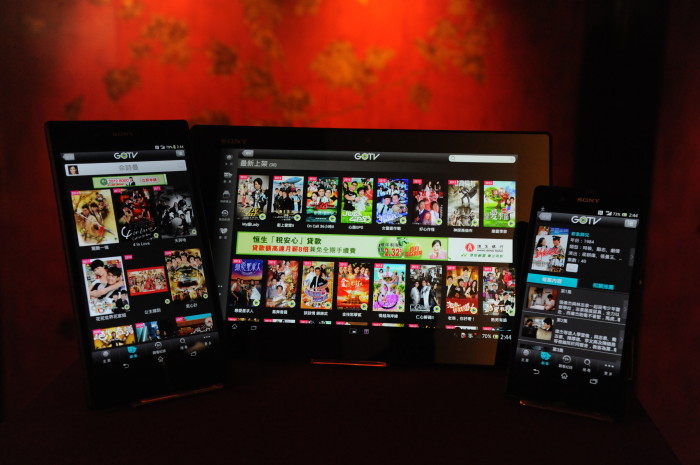