Starbucks will more than double its number of locations in China in the next five years, the company announced on Tuesday.

The Seattle-based company has gone from 400 stores in China in 2011 to over 2,300 today and plans to hit 5,000 by 2021. It has recently began selling a new line of tea drinks across the Asia-Pacific region, and is building a large roastery store in Shanghai.

The coffee chain currently gets about 13% of its revenue from the Asia-Pacific region. (Read more: Starbucks bets big on tea in Asia)

In CNBC's "Closing Bell" on Wednesday afternoon, Starbuck's CEO Howard Schultz said, "Starbucks and myself remain very bullish on the Chinese economy and specifically the buying power of the Chinese consumer."

He noted that the company has been in China for 17 years, and has built an "iconic" and "respected" brand in the country. The Starbucks locations that were opened this year are the best performing stores of the past 10 years, Schultz claimed.

"The middle class spending in China should support these stores as the government predicts they might have 15 years of GDP growth over 5%. You look at those numbers and there's a very very significant opportunity," he said.

"We believe very strongly that these are the early days for Starbucks in China," Schultz concluded.

Wong will be in charge of digital and e-commerce there, and report to John Culver, group president of Starbucks global retail. 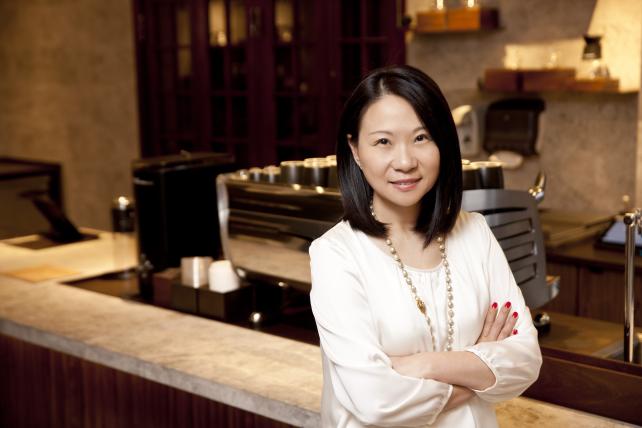