Audio platform Spotify has announced that is introducing Spotify Podcast Ads, a new system that will allow advertisers to measure the performance data - such as impressions and reach - on ads that run during podcasts.

Powered by what the brand describes as Streaming Ad Insertion, the system will supposedly leverage the audience data of its logged-in users to provide data-driven recommendations and insights to advertisers. It will do so by measuring real-time impressions and noting factors such as age, gender, device type, and listening behaviours of the audience reached. Furthermore, the digital measurement capabilities of Spotify Podcast Ads will provide advertisers with feedback on brand perception following listens of their ads.

Spotify dropped the news on Wednesday via a post on the Spotify blog by senior product marketing manager Alex Leung.

As part of the announcement, Spotify also revealed that sports brand Puma (represented by Havas Media) has been among one of the platform’s first partners to alpha test the system and claimed that its use alongside the Jemele Hill is Unbothered podcast drove ad recall lift of 18 points. 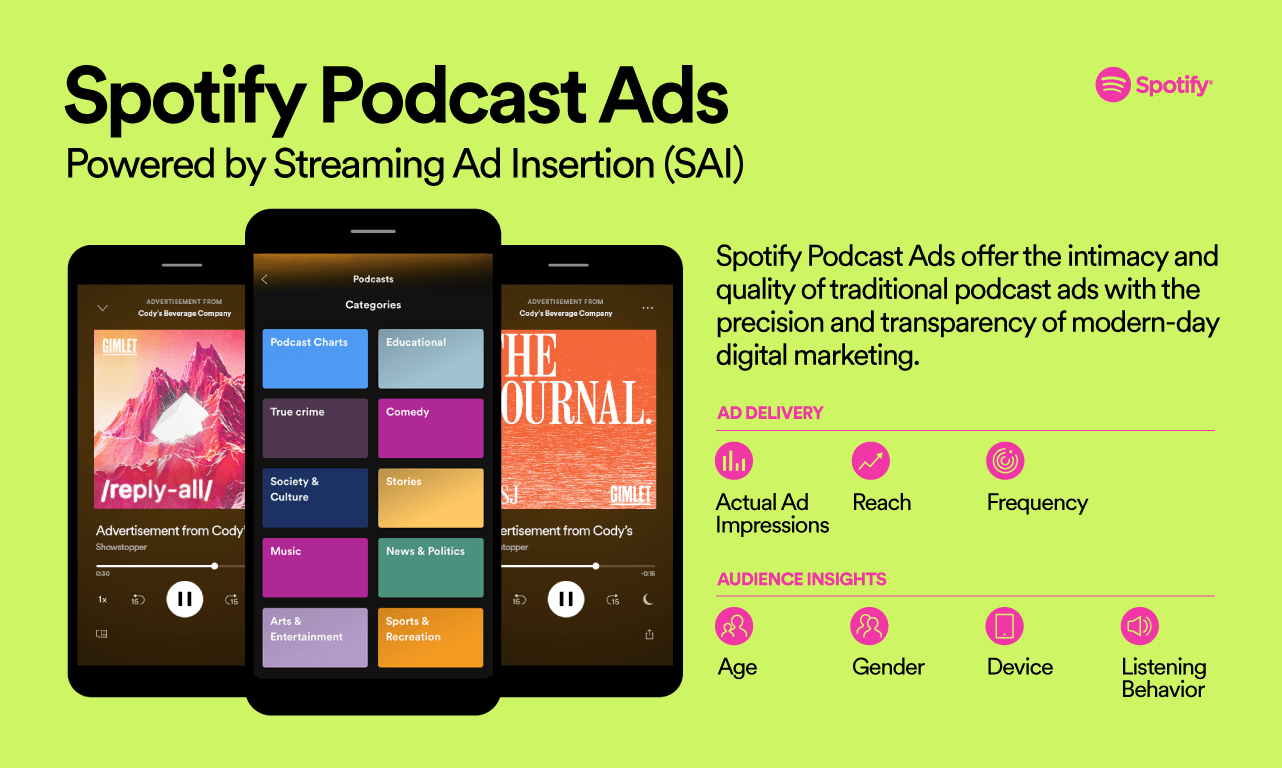 “Podcasts have long been a highly compelling advertising environment, but we’ve been hesitant to dive in given the medium’s well-known limitations,” says Gabrielle Rossetti, executive vice president of strategy at Havas Media. “Naturally, we were eager to test Spotify’s new podcast ad tech and have an influencer like Jemele endorse our new line of sneakers the Clyde Hardwoods. We’re excited to continue partnering with Spotify to push the boundaries of podcasts.”

Until recently the tech behind podcast advertising - largely downloaded via RSS feeds - was a solid roadblock to advertisers having access to accurate measurement data. But as Spotify notes, with downloading massively giving way to streaming as the dominant form of podcast consumption, a new wave of opportunities has been presented.

Joel Withrow, senior product manager of podcast monetization at Spotify says, "In the past five years, podcasts have become a staple of pop culture. In that time, I've spoken to a lot of sceptical brands, and the conversation consistently begins and ends with measurement. I’m excited to continue evolving the medium at Spotify. With our trusted, logged-in audience, we can finally prove out the effectiveness of podcasts with the data and insights that digital advertisers expect."