Spotify has brought back its annual personalised “Spotify Wrapped” feature and netizens are onboard. Taking a more nostalgic route, this year’s Wrapped feature will include users’ listening throughout the last decade. Songs, albums, artists, and podcasts discovered throughout 2019, as well as most streamed artists throughout the decade on Spotify will be unveiled to users.

Spotify users who have used the platform for at least two years will get a personalised recap highlighting their top artist and total minutes streamed throughout the decade, as well as top artist and song for each year. Users can the relive their top tracks in a personalised playlist, or take a look at the most-streamed songs on Spotify this year and throughout the decade. 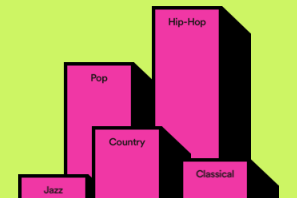 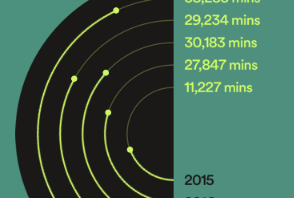 The bar graphs also shares with users the genre of music they tune in to, and amount of time spent on the platform each year. Meanwhile, Spotify Premium users will even get to go a little deeper, with access to additional personalised data stories and insights about their year in listening that includes the number of artists they discovered and the top artist they discovered this year. In addition, Spotify is also showing how global users’ listening are by highlighting where some of the top artists hail from on a world map.

Since Wrapped rolled out with updates for each user yesterday, netizens are sharing on Facebook, Instagram and Twitter who their artist of the decade is or top songs played this year alone.

Okay, I’ve moved on from Ava Max to
Camila Cabello. I can’t believe I heard “So Am I” that MUCH. Okay, now I REALLY want to see next years. pic.twitter.com/dJJrDcLxni

Im not even surprised…I had their music on all year long😌 Thank you @BTS_twt for being in my life during my best and worst times💜 #spotifywrapped pic.twitter.com/CBxwlXIxtu

Thanks for summing me up #spotifywrapped pic.twitter.com/M7VHx4PSQb

thank you @BTS_twt for spending 498 hours with me this year on @Spotify ! you are my #1.
I also wanna say that I'll be there to support ALL of you as an ot7, whether it's be in the group or outside. 💞💖💞 #spotifywrapped pic.twitter.com/SngoE1wJ43

Meanwhile, to drum up the PR value of this new initiative even further, gor every artist, Spotify has also created a tailor-made experience summarising the highlights of their year on the platform.

Thanks for all of the support on @Spotify this year! #SpotifyWrapped pic.twitter.com/VME7MfD4rw

This was an extra special year in music for me because we released my very first album, #MalaSantaAlbum! Your support has meant so much 🙏🏽 Thank you for an amazing year! ❤️ @Spotify #SpotifyWrapped pic.twitter.com/4lABQitc9Z

Just gets better every year. Thank you guys so much for the love! #SpotifyWrapped pic.twitter.com/w6uhJYf63C

no no, thank *you* for spending your time with us. we’re lucky to be a small part of of your lives. just know we are grateful. #spotifywrapped pic.twitter.com/81wMpdzTDO

My artist of the decade is –  unsurprisingly – Rihanna.

What have you been listening to?

PANTONE's 2020 Colour of the Year is 'calming' and 'resilient'

Brand’s leads with a new face

Cerebos Malaysia launches its “Brand’s Take the Lead” campaign for Brand’s Essence of Chicken, with a new brand ambassador to fron..

Kenneth Goh has relinquished his role as creative director of Harper’s Bazaar Malaysia, a post he has held successfully for 13 yea..

The win sees Zenith retain all its existing markets in Europe, the Middle East and Africa, APAC and Latin America and take on 11 n..

Following Apple's Safari in a move that will essentially let users opt out of auto-play videos, Google Chrome is working hard towa..