Singapore Airlines’ (SIA) flagship travel retailer KrisShop has just unveiled a brand revamp, which its CEO Chris Pok told Marketing in an interview, was two years in the making. At the heart of it is a new website that seeks to advance beyond a retail catalogue to become a “go-to lifestyle e-commerce website”. While the look-and-feel, navigation and payment have all been enhanced, Pok said the website is just a “window” to its operations, and the real differentiation lies in the execution on the ground to deliver that “premium experience” to customers.

As such, it is collaborating with selected hotel groups, starting with Ritz Carlton in December, to provide hotel guests the option for their purchases to be delivered right to their rooms. KrisShop is also currently exploring possibilities of adding point-of-sales on hotel partners’ platforms, such as website, smart television and in-room tablets.

According to Pok, consumers have been increasingly turning their attention to digital devices and spending on eCommerce over the years. This significant change in consumer profile has led KrisShop’s traditional business from in-flight catalogue and sales cart, which offer up to 250 items, to stagnate. He explained:

Consumers want choices, convenience, instant gratification and brand alignment, which only an eCommerce site can fulfill.

Moving forward, KrisShop is looking to integrate its eCommerce offerings into SIA’s in-flight entertainment system, which is slated for completion in the first quarter of next year. The brand revamp has strengthened the spirit and DNA of SIA in service excellence and innovation, he added. Over the next few months, KrisShop will be rolling out new payment options as well as designating POPStations for self-collection.

Additionally, last minute shoppers on selected SilkAir, Singapore Airlines and Scoot flights can pre-order products up to 60 minutes before their flight, and get them delivered to their seats on board. This is a major improvement for its pre-order services, which required up to 24 hours’ notice previously. 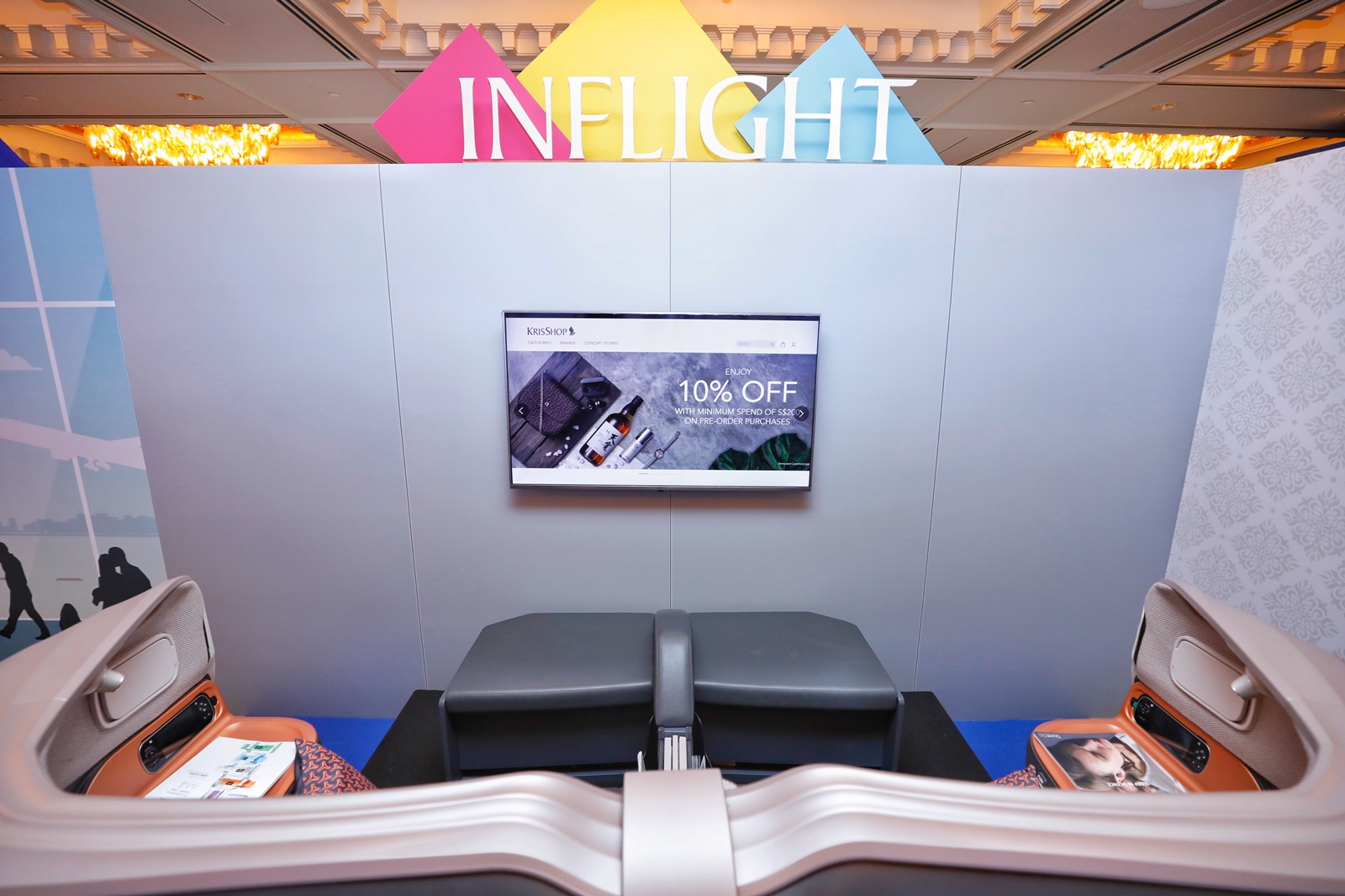 With these changes, KrisShop is now looking to own the space of premium omni-channel retail and one of the challenges in getting there, lies in its consumers’ broad range of interests.

To fit the preferences of its diverse and discerning customer base, KrisShop has doubled its number of products in the past six months. During its latest brand revamp, it added near to 60 brands across beauty, liquor, health, watches and jewellery, accessories, travel, home and living and food confectionery. It has also launched KrisShop Customise as a value-added service, enabling customers to add personalised engraving on fragrance bottles, wine bottles, and leather bags when gifting.

Even so, Pok said consumers need a stronger reason to buy into a e-tailer, with so many choices out in the market and that is why KrisShop is focusing on building its brand around trust and stories of craftmanship.

In the next three months, the retailer will be ramping up content on its social media channels on Instagram and Facebook, which it has just set up recently.

It is looking to feature local brands, helping entrepreneurs give customers an insight into the effort put into the products and reach a global audience.

Meanwhile, knowing how every great brand requires the trust of customers and providing of a seamless experience, it has been consulting in-house UX designers from SIA and an IT vendor based in Frankfurt, AOE, which specialises in the development of omni-channel retail sites for airports to build a reliable eCommerce portal.

But up until the end of 2018, the operations of KrisShop was handled by a third party vendor. It is only recently that the company decided to take it back into its own hands to build capabilities and raise the service standards to that of its parent firm, SIA. This came shortly after SIA formed a joint venture with ground handler SATS and duty-free retailer 3Sixty (previously DFASS Group) to pool together relevant expertise and resources for KrisShop.

While KrisShop is a subsidiary of SIA, Pok said it has been functioning separately as a startup. It currently has a team of seven in the marketing department. “We have to be nimble and agile like a startup in order to move fast, overcome challenges inherent in the business models, and challenge the norm,” he explained.

On the innovation front, however, it works closely with SIA’s IT department and KrisLab to uncover and harness new technologies. They include tools in personalisation and data analytics. It also leverages SIA’s loyalty marketing department to offer its customers new benefits and vice-versa. For example, shoppers are able to redeem KrisFlyer miles on KrisShop.

Pok added: “We have the advantage of a strong parent and loyalty programme. It’s the best of both worlds – we can tap on SIA for resources and support, but at the same time, we get the independence to run the operations and produce quick results.”

SIA currently has a customer base of 35 million and KrisFlyer has over four million. KrisShop’s goal is to “win over” the loyalty base and drive conversions, before exploring partnerships with external ecosystems, such as travel agents and marketplaces, to acquire new customers. The e-tailer currently has been seeing double-digit growth in revenue year-on-year, with majority of its customers coming from the 25 to 45 age range.