Is that pesky ad interrupting your buying experience? Well you are not alone.

According to a recent report by HubSpot reveals that ads are damaging consumer experiences. It also quantifies the popularity of adblocker tools.

The study states that ads are damaging consumer experiences, with 80% of consumers across Australia, New Zealand and South East Asia leaving websites due to interruption of online ads and 50% installing ad blockers tools.

Globally, ad blocking cost publishers close to US$22 billion in 2015 alone, representing a cause for concern among traditional advertisers who must rethink methods of audience engagement.

The new research uncovers that higher levels of ad blocker penetration among millennial audiences as well as its impact in improving consumers’ online experiences.

Generated from HubSpot’s ‘Global Interruptive Ads Survey’, The Effectiveness of Advertising in Asia Pacific investigates the interaction between marketers and consumers with ads in the future.  Key marketing takeaways from the report include: 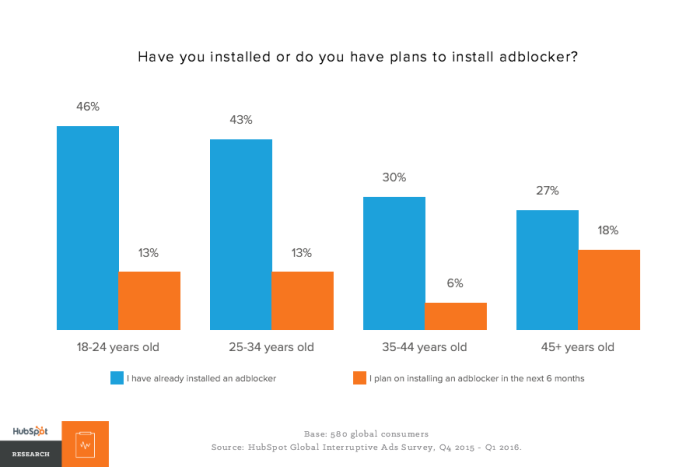 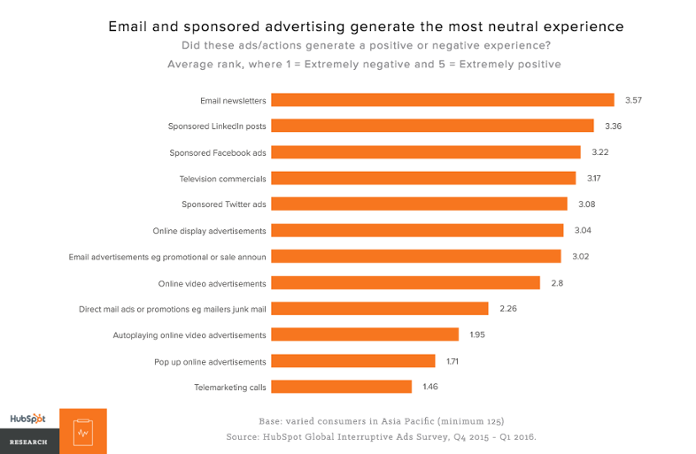 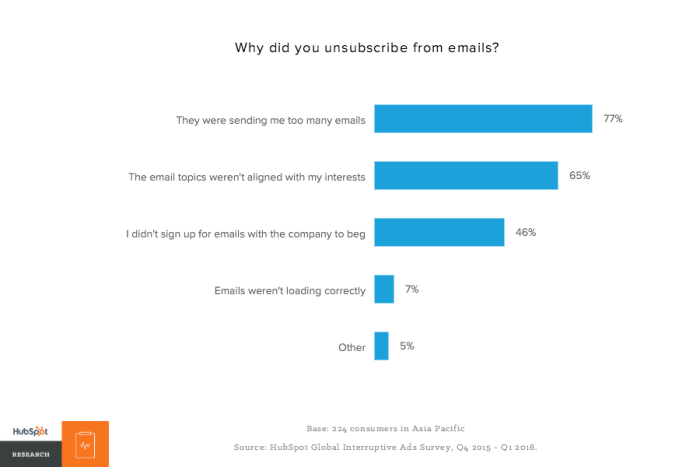 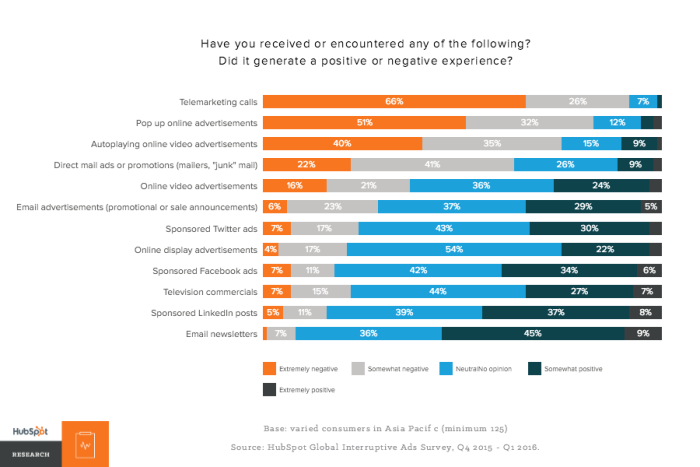 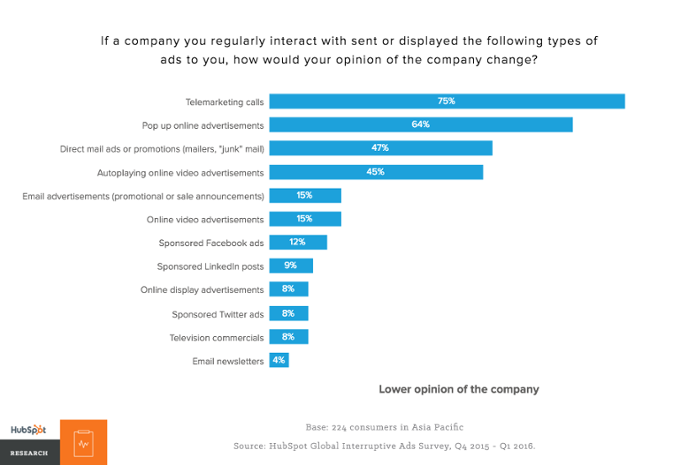 DanChurchAid and Grey look to #clearthepitch

In addition to her role as regional director, Pamela will also serve as the general manager of Malaysia...

Outbrain has announced the appointment of Gulshan Verma as country manager of Outbrain India...

Following a long drawn dispute, HTC and Finnish company Nokia have come to an agreement. ..

Meanwhile, SPH Radio was called out for explicit ad content and Expedia for excessive Singlish. ..