Prudence Foundation and Cartoon Network have partnered for a programme aimed to educate children to better react to dangerous situations.

Titled SAFE STEPS Kids, the TV series based on the safety awareness programme by the community investment arm of Prudential in Asia has launched across Asia. Using Cartoon Network’s world-renowned gallery of characters, it is hoped to leverage that recognisability to deliver kid-centric practical and easy-to-understand tips for emergencies to millions of children. The brand is recognised for creating smart content that resonates with the youth and their parents.

The partnership has produced a set of 12 50-second long public service video announcements discussing life-threatening issues featuring Cartoon Network characters. Videos fall into three categories: Disasters – with help from The Powerpuff Girls; First Aid – using the assistance of We Bare Bears, and Road Safety – with characters from The Amazing World of Gumball. The information provided has been approved by the International Federation of Red Cross and Red Crescent Societies.

Awantika Sood, executive director of advertising for Turner’s entertainment and kids brands in Southeast Asia, including Cartoon Network, said, “By integrating the SAFE STEPS programme with our well-loved characters, we want to help children understand and remember the safety steps they can undertake to survive in potentially disastrous scenarios. Cartoon Network has over 25 years’ experience as a creative storyteller. With our legacy in guiding kids and families through pro-social initiatives, the SAFE STEPS Kids programme will be able to spread a critical message to the region’s most vulnerable population by providing clear, relatable and practical solutions.”

The programme and its informative content will also be made available on social and online video platforms, websites (such as www.safestepskids.com)  and apps. Materials will also be distributed to schools in Asia.

This partnership continues the legacy of the more adult-focused SAFE STEPS programme launched in 2014 together with ambassadors Manny Pacquiao and Michelle Yeoh. Prudence Foundation has also partnered with Cartoon Network since 2011 on the financial literacy campaign Cha-Ching Money Smart Kids; a multimedia, multiplatform approach to teaching children about fiscal responsibility

Marc Fancy, executive director, Prudence Foundation, said, “The response to our SAFE STEPS programme when it launched five years ago was overwhelming and now, together with Cartoon Network, we can widen its appeal by creating relatable content to deliver a very serious message to a younger audience. Arguably, children are at even greater risk of harm than adults, so it’s vital that they know how to respond to a disaster or an emergency if something happens to their friends, their teacher or their family. Through SAFE STEPS Kids, we aim to build a resilient future generation.”

AirAsia has introduced a regional pass for 499 ringgit, in a bid to pull up flagging profits. Will it work?..

Mobext, PANA: 5 in 10 marketers in PH now invest in mobile

It’s not just the lack of ways to measure ROI that’s stopping advertisers, the study revealed...

FALCON launches campaign to promote its own e-commerce platform

The campaign will run for four weeks in Singapore before launching across Asia Pacific in the first quarter of 2019...

Social networking giant hunts for nine roles, including a head of marketing communications across Greater China... 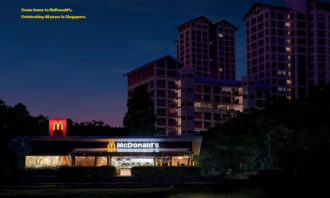