Procurement to play a bigger part in agency remuneration

The rise of procurement’s influence in advertising 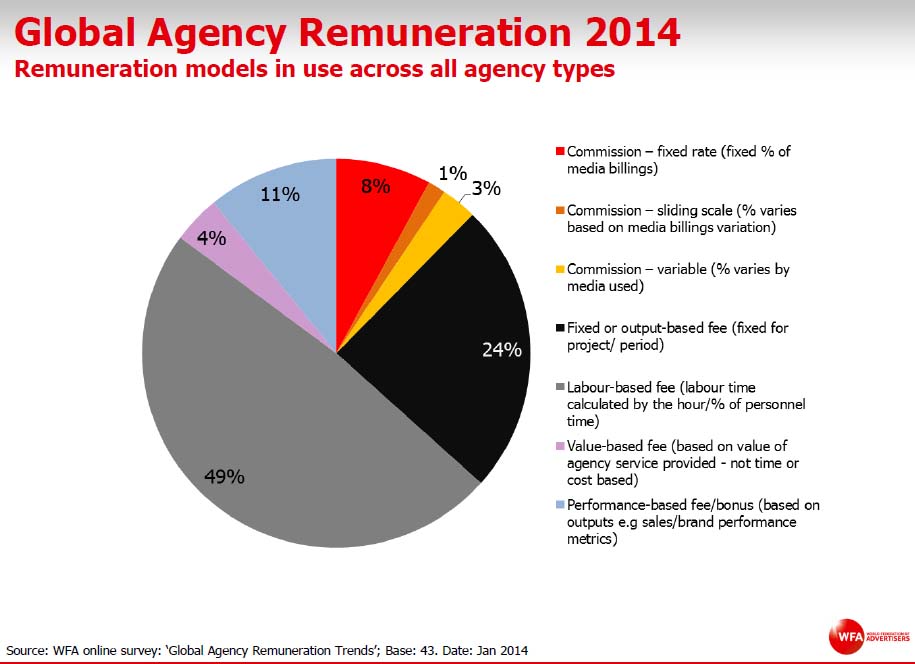 Darren Woolley, managing director of TrinityP3 said the trend is the same in Asia.

“The success of procurement is two fold. The first is they are finding and delivering short term savings (but at what longer term cost) and second, they take responsibility for the tasks that many marketers do not like or want to do such as fee negotiations, supplier termination and contract management.”

However, Frank Bauer, CEO, JWT Singapore that while procurement is having a more prominent role, it will never be the only influence on agency remuneration.

“There is always a CMO, CEO, COO and their teams involved and we should please not undermine their leadership and power decisions of such kind. If agencies are not able to show their value beyond being financially interesting, you end up talking money only, with procurement,” said Bauer.

On the other hand, some agencies are unperturbed by procurement’s rising influence.

Stephen Mangham, founder of ManghamGaxiola said: “Personally I find it often easier to deal with procurement staff. Most see it as their job to define the value of a service and agree a fair price for that value. And they have a methodical approach to doing this, which is at least clear and tangible.”

“You get the occasional idiot who sees it as their role to purely drive price down, but that has the counter productive effect of making agencies dig their heels in,” added Mangham.

Also across all agencies and in all regions worldwide, labour-based fees (labour time calculated by the hour / % of personnel time) is the most popular model, used in almost 50% of cases, said the study. 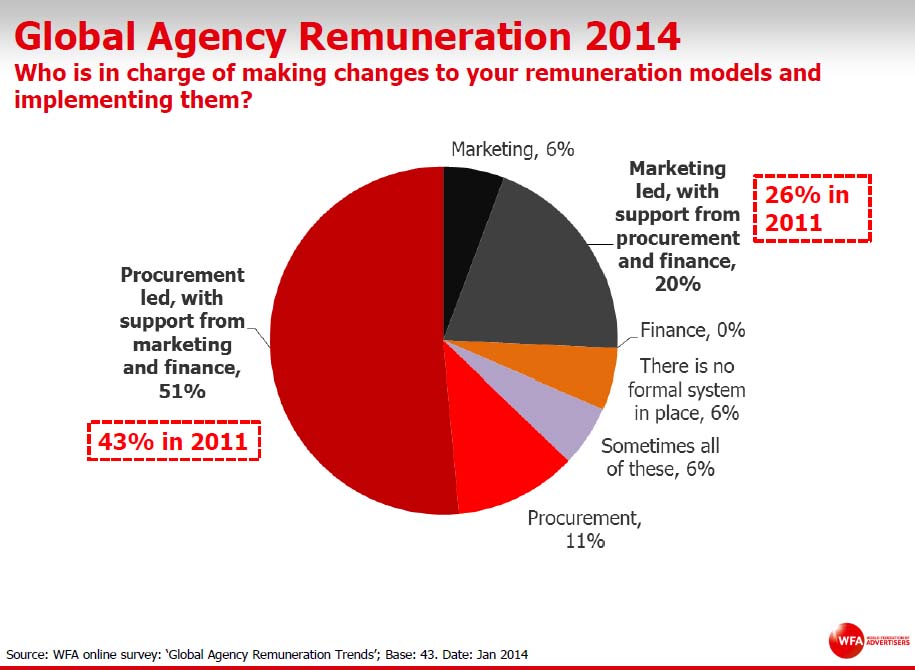 Meanwhile, performance based fees (based on outputs assessed by various metrics) are up from 15% to 24% of models in use.

Issues thrown up by the group include how clients account for adjustments to scopes of work and changes to agency resources; does it make sense to reward the agency with a bonus at the end of the year when successes and key account leaders may have shifted onto other projects? Also how could the model be simpler? 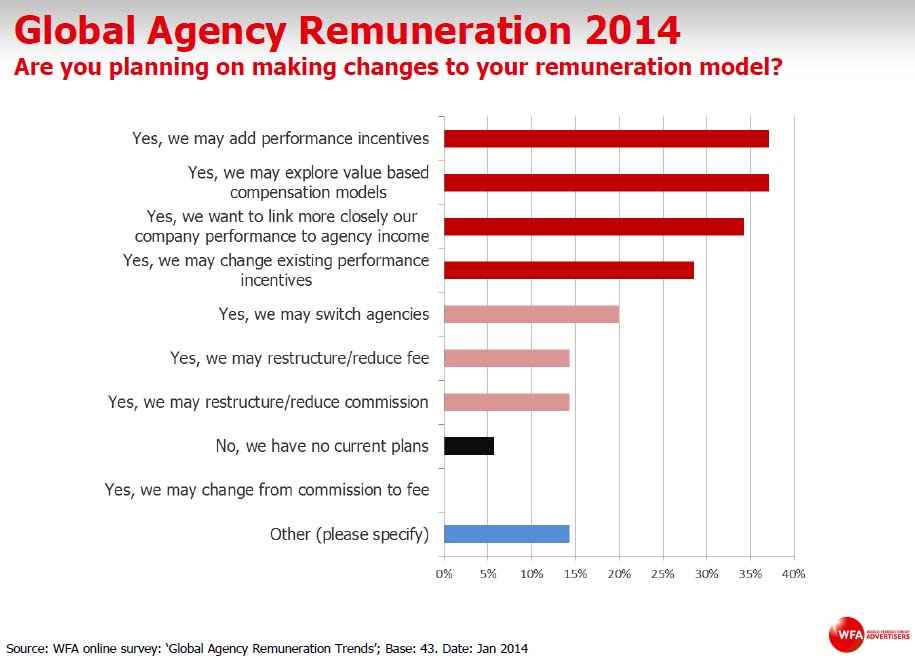 Join in on the chatter, in real-time

Hugh Jackman to be the face of Montblanc

New deal marks the first time Fox Sports has acquired the rights to the UEFA Europa League in Asia...

George Liu said 2 February was his last day at Hong Kong Airlines but hasn't revealed his next move. ..

The commercial arm for BBC sites outside the UK has been hailed as a success just one year after its launch...