Minion-mania has hit brands globally and why not?

Universal Pictures launched one of its biggest-ever marketing stunts to promote these bald yellow cuties.

According to Bloomberg, the motion picture giant was quoted saying that brand partners such as Amazon, General Mills, Comcast Corp McD’s and Snapchat alone have chalked up US$593 million in promotions. Meanwhile The Guardian has also reported that Universal has spent a hefty amount taking on prominent OOH advertisement spaces in LA. Similar flashy OOH executions are also done in key countries such as Australia, France, UK and many others.

Here are some of the cool minion related campaigns we saw:

Amazon partnered up with Universal Pictures and Illumination Entertainment to let the little creatures take over its packaging. According to TechCrunch, this is the first time Amazon let a third party to brand its delivery packages.

Bello yellow! The Amazon.com Minions boxes could be arriving on your doorstep soon. #MinionsBoxes

Tic Tac also got cute with its mini oblong candies by shaping it to resemble Minion characters from the cartoon “Despicable Me”. Taking cue from consumers’ observations of the similarities between the cartoon characters and the Tic Tac shape, the candy has launched a campaign “Making mountains out of Minions”.

According to Tic Tac, the campaign was about materialising the wishes of Tic Tac consumers. 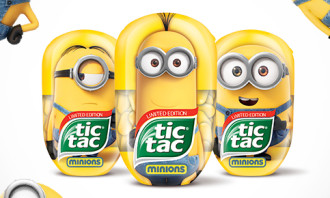 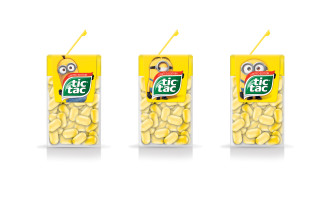 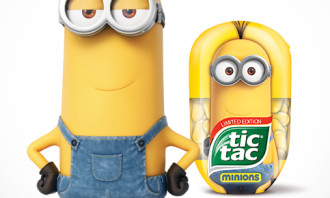 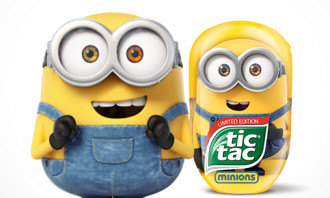 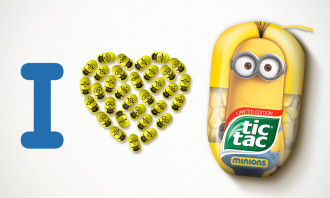 General Mills has teamed up with the Minions to offer exclusive Minions Buddies in every specially marked box of General Mills cereals. While seeing the Minions on General Mills product packages is truly exciting, the company also got the trio Bob, Stuart and Kevin to make a trip down to the office. “Universal shared with us that 42% percent of their audience are adults with no kids, and the line that ran out the door for a picture with the Minions was a testament to how wildly popular these guys are among both kids and adults” said Lisa Kessel, marketing communication manager for Cereal.
https://www.youtube.com/watch?v=zdf8WNs2jcE 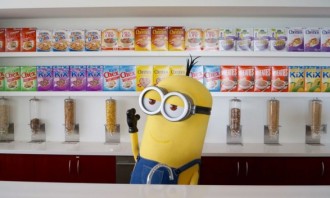 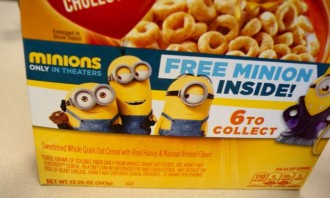 McDonald’s is giving away Minions as part of its Happy Meal marketing. While some parents have complained that profanity has been uttered by the yellow fellows, McD’s stuck to its guns and said it will carry on distribution of the toys. 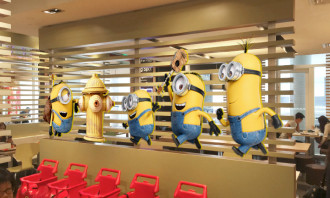 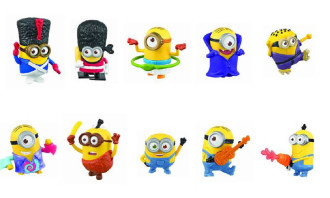 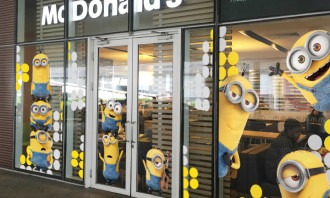 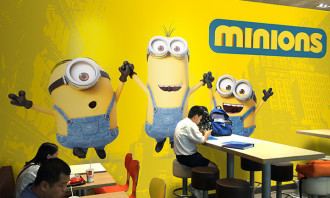 The gummy bear makers have launched a Minions edition of their tasty treats. This edition has five Minion shaped jelly and foam pieces in the popular Tangfastics sour mix recipe.

"I want to buy products that others don't have," said a Singaporean when asked why she travels abroad to shop. Does this reflect o..

Netflix gets a new look

It isn't a new logo but rather a new icon...

It also tests into connected TV, and makes its real-time audiences available to top clients via a programmatic in-house offering...

More here on why brands and agencies should look at the Chinese market and what it takes to survive. ..