Paid newspapers saw a yearly growth of advertising revenues for the first time in Q4 since April this year, according to admanGo adspend report for October.

The monthly report says the spike can be attributed to the closure of Next Media's Sharp Daily in mid-October, when advertisers switched their budgets from free, to paid newspapers.

Meanwhile, mobile’s share of spending climbed a further 2% for in October, doubled that of last year.

Overall, local ad spend reached a yearly high of HK$3.9 billion in Q4, recording an increase of 5% compared to September and 8% compared to last year. 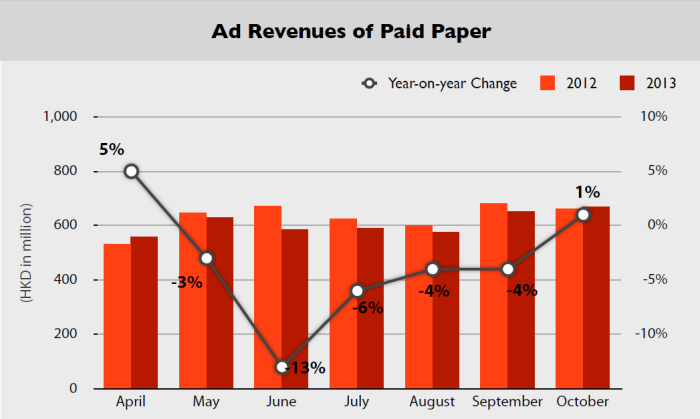