As part of a larger drive being undertaken by its agency network, Mindshare Chinaâ€™s team of 1,500+ specialists is banding together to create sustainability-focused initiatives to tackle climate change, in response to normal client briefs.

As part of its annual anniversary, Mindshare – the global network that is part of WPP – has launched its #ChangeTheBrief scheme, in which it is encouraging the wider advertising industry to use its skills to address the global climate crisis. The scheme is hoped to lead to the creation of marketing and media plans designed to provoke small changes in behaviour, such as developing packaging that provides consumers with methods of reducing food waste. The use of media and marketing investment could then potentially normalise these behaviours.

As part of its contribution to #ChangeTheBrief Mindshare China has already unveiled its â€ś20Z0 Sustainability Targetâ€ť, in which it will commit to zero single-use plastic within the agency by the end of 2020. Agency leadership has unveiled a number of key milestones to reach this goal, including the introduction of reusable steel and glass water bottles for the team, reducing printing,Â  as well as gifting staff members sets of reusable cutlery. 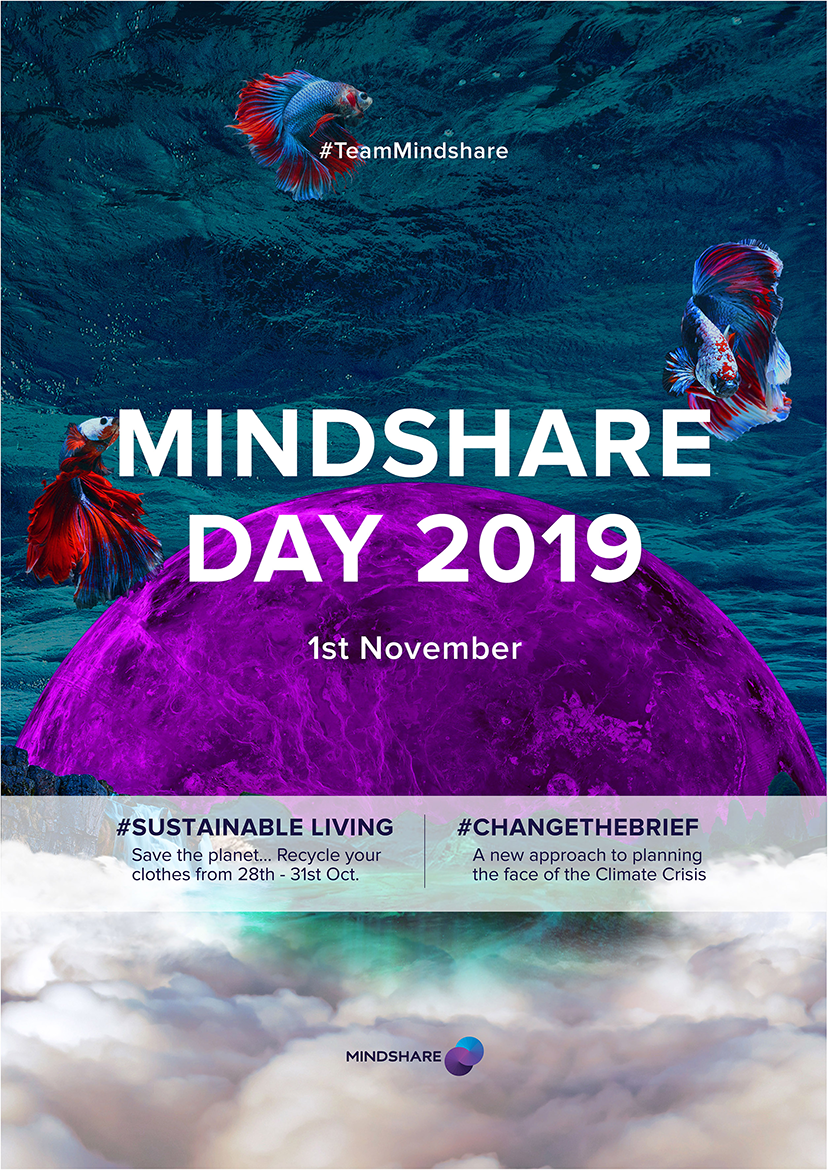 The Shanghai-based agency has also partnered with a number of NGOs, including entrepreneurial action group Enactus and environmental programme Shanghai Roots & Shoots, to form initiatives. These include Mindshare Upcycling, and the coaching of Enactus Chinaâ€™s winning team for the Enactus World Championships.

Commenting on Mindshare Chinaâ€™s 20ZO Sustainability Target, Mindshare APAC CEO and executive chair for Greater China, Amrita Randhawa, said, â€śAs the largest advertising agency in China, Mindshare has a responsibility to lead the pack in our pursuit of sustainable business. Working alongside our trusted clients, we are in the unique position to help some of the worldâ€™s largest brands create a greener planet for future generations to come. This is a fabulous initiative, one that the entire Purple Family proudly stands behind.â€ťÂ

According to Mindshareâ€™s statistics, the global advertising industry currently expends US$600 billion a year on behalf of clients to drive the consumption of products and services.

Mindshareâ€™s managing director and exco member for Mindshare China, Akanksha Jain, said, â€śTodayâ€™s announcement represents the first in a series of Mindshare-led initiatives to use our marketing and media prowess to give back to the environment while doing good for our valued clients. As the industry leader in media, we are in the business of driving positive consumer change. #Changethebrief and 20Z0 represent unique first steps on our sustainability journey.â€ť

The campaign, built around the â€śLive In Leviâ€™sâ€ť theme, features singer/songwriter Alicia Keys. ..

These includeÂ brand awareness, website conversions and job applicants that are designed to improve key results and better align wi..

Aside from highlighting the brands that performed best over the past six months, the leaderboard also shows what can be achieved t..