Independent mobile ad platform company Millennial Media released its most recent Mobile Mix report today, which states that while 65% of the region's population owns a mobile phone, only 23% own a smartphone.

Technology, telecommunications, and consumer goods are the top three brand verticals for mobile advertising that see the highest consumer engagement.

Furthermore, whilst India and China have lower smartphone adoption than other regions, they continue to drive higher number of mobile and smartphone users because of their large populations. 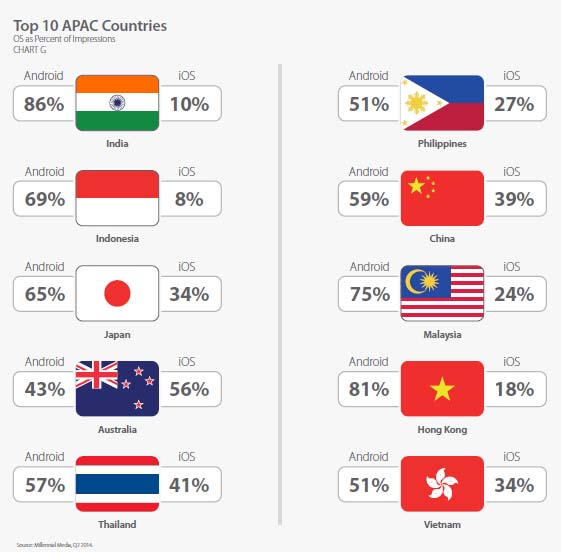 Other findings of the Mobile Mix Asia-Pacific Report include:

For brands and advertisers, considering the burgeoning number of consumers in the region, the report reveals that there are indeed huge opportunities for them to reach greater numbers of their target audience. Notably, technology, telecommunications, and consumer goods are the top three of many brand verticals that are finding campaign success in the region.

Lastly, with the language and geographic diversity of the region, developers and publishers will also need to make a concerted effort to ensure consumers engage with their campaigns or apps in any language, currency, or on any network.

The insights were based upon Millennial Media’s global platform observations across thousands of mobile ad campaigns and billions of monthly ad requests.