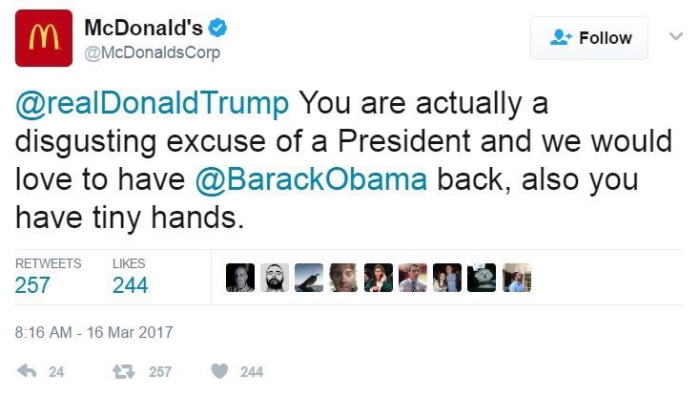 It later followed up with an official press statement explaining that its Twitter account was hacked by "external sources".

"We took swift action to secure it, and we apologize this tweet was sent through our corporate McDonald’s account," the statement read.

But as we all know, screen captures last forever and the tweet quickly went viral. While some Twitter users were “lovin’ it”, some called out the fast food giant for being contradictory.

McDonalds basically said "Fuck you Donald Trump, you're killing America" as they sit back quietly while they are literally killing America. — The Irrational Fan (@Irrational_Fan) March 16, 2017

Needless to say, discussions on the possible culprit have also emerged. 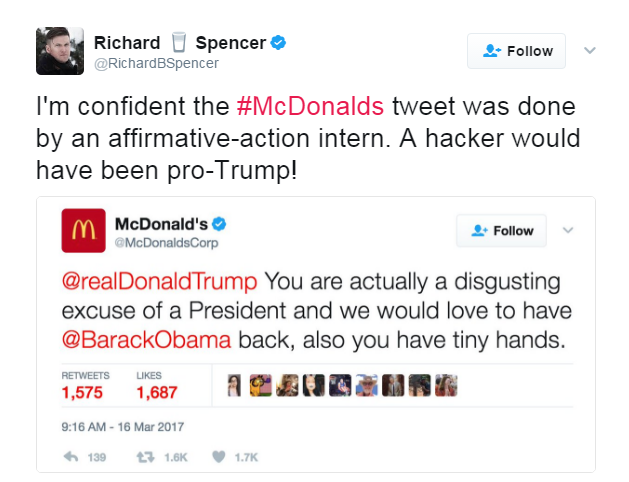 Personally, this was my favourite.

So do you think McDonald’s can get out of this “Ba da bad bad bad” situation?

Here's what we learned at this year's Influence 360 conference