Louis Vuitton ventures into esports with Riot Games: A new battleground for luxury?

In an unprecedented move, Louis Vuitton (LV) has gotten in on the esports action by tying up with video game developer Riot Games for the 2019 League of Legends (LoL) World Championship. As part of the championship, the luxury fashion brand will create a trophy travel case for the Summoner’s Cup, the trophy awarded to tournament champions.

According to the press statement, the first of its kind trophy travel case for an esports championship will feature both traditional LV savoir-faire along with cutting-edge, high-tech elements inspired by the LoL universe. The announcement also added that both parties will announce unique champion skins and a capsule collection designed by the luxury brand’s artistic director of women’s collections, Nicolas Ghesquiere, along with other LoL digital assets. The luxury brand previously designed similar trophy travel cases for the FIFA World Cup, the Rugby World Cup and the America’s Cup. 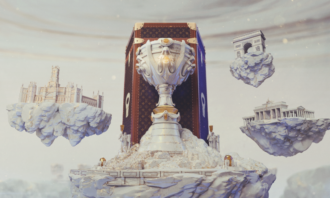 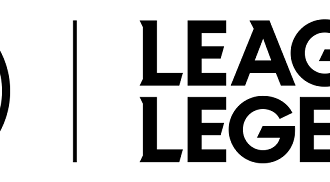 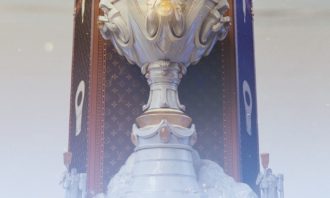 Michael Burke, chairman and CEO of Louis Vuitton, said the LoL World Championship is not only the climax of the tournament, but is also where the world of sports and entertainment come together in celebration of new winners.

“LV has long been associated with the world’s most coveted trophies, and here we are today, alongside the Summoner’s Cup. We are thrilled to be part of such an iconic event,” he added.

Meanwhile, Naz Aletaha, head of global esports partnerships at Riot Games said that it is honoured to have LV as an official partner with designs to impact the look, feel, and prestige of its most prominent LoL event.

“This is a historic partnership that speaks to the impact Riot Games and LoL has had on the industry over the past nine esports seasons. We welcome the LV brand to our sport and we are eager to share the entire scope of the partnership in the months ahead, in particular on November 10 when the Summoner’s Cup is awarded in Paris,” Aletaha added.

The pairing of a luxury non-endemic brand entering the esports scene is not one often seen. However, industry players agree that this area poses great opportunity for LV, especially in expanding its consumer base. Jay Milliken, Prophet’s senior partner, Asia regional lead told Marketing that when a well-respected industry-leading brand such as Louis Vuitton makes a move like this, it absolutely legitimises esports sponsorships for other luxury brands. He added that esports offers a fairly attractive group of potential consumers and ones who are also aligned with where luxury brands are sourcing growth.

Milliken also said that the geographic focus of esports and luxury brands overlap nicely. “Asia is the biggest market for both of these industries with China, Japan, and Korea making up the largest current base of consumers and Southeast Asia making up the fastest-growing customer base,” he said.

Meanwhile, Millennials are of the age demographic that both industries are looking to target. For luxury brands in particular, Milliken said Millennials make up 85% of their current growth and “represent all of their future growth” (130%), offsetting the loss of older consumers.

Also, while the partnership might not initially seem aligned on gender, with the personal luxury goods sector being dominated by women and esports by men, Milliken said that LV has nonetheless shown interest in growing its business among young male consumers.  For example, the brand made a push into streetwear in China last year and even named Chinese hip hop star Kris Wu is Chinese ambassador. Additionally, digital is also the link between esports and the luxury market, given luxury brands have been slow to adapt to the ever-increasing digital world given how locked into physical retail they are. “The reality is that luxury brands need to quickly catch up with other industries on their digital transformation journey,” Milliken said.

“The way that LV has activated this sponsorship is completely aligned with other sports sponsorships. LV already creates trophy carrying cases for other major sporting trophies so doing so for esports is a natural extension, especially when there is an established push to bring esports to the mainstream at the Olympics and other major sporting events,” he added.

Graham Hitchmough, regional chief operations officer, Bonsey Design also concurred that LV’s involvement will legitimise and raise brand perception of esports. “With around 70% of esports US$650 million revenue coming from brand investment and engaged audiences set to continue to increase in the coming years, this seemingly unholy brand alliance is likely to become the norm rather than an eye raising one-off and early adopting brand investors will reap future rewards of brand awareness and association,” he added.

Meanwhile Tania Tai, managing director, DIA Brands Consultants Malaysia called this partnership “very clever targeting” because 85% of the esports tribe are between 18 to 34 years old, with higher than normal spending power and established careers. Tai added that reaching out early to members of this target group will allow LV to connect at a more meaningful level so that they can tip the scales in their favour later on when it’s purchase time for their first luxury product.

“For non-endemic brands, the key to maximising brand equity is to stay true to the brand philosophy and treat the esports arena as a fertile playground to hunt for more unique ways to express themselves and share the brand love,” Tai explained.

The key to ensuring non-endemic sponsorships are effective is to stay true to the brand’s value, Tai said, and use a new lens to reframe conversations to better connect with the target audience. “Be mindful to do it for the right reasons and not just jump on the esports bandwagon because it’s cool. Otherwise, it could be a very costly mistake,” she said.

When asked about the extent to which this will pave the way for more luxury brands to jump on board the esports trend, Tai said “the floodgates are open for more luxury brands to join in”. Using Mercedes-Benz as an example, Tai explained that it has not looked back ever since it invested in esports company ESL two years ago. “The closer involvement with the esports community has allowed the brand to shake off its more traditional image in exchange for a fresher, more engaging and future-forward face,” she explained.

Agreeing with her is Sedgwick Richardson’s commercial director Larisse Lava, who added that besides authenticity, engagement, credibility and reach will also help non-endemic co-branding and partnerships. She added that the decline of traditional media is making it tough for brands, including those in the luxury space, to target consumers aged 18 to 35 years old. As such, like Prophet’s Milliken, Lava said that the exponential growth of esports presents an opportunity for brands to connect with Millennial consumers through digital integrations, product diversity and creative ways of storytelling.

“Brands need to be aware that digital gamers are creative and passionate people, and the last thing they want to see is a generic ‘Buy X Brand’ call to action plastered across an online stream. When venturing into partnerships, brands must seek to design campaigns and brand experiences with a comparable level of craftsmanship and intent,” Lava explained.

[Digital Marketing Asia Conference 2019 in Singapore is back! Join us on 8-9 October as we hear from experienced practitioners and thought-leaders on how they are managing complex digital transitions and reimagining new ways for their marketing to become more customer focused, agile and interactive. Book your seats today.]

Have you searched for those keywords in 2015?..

Having conducted an emotional manipulation study on users in the past, could Facebook have manipulated its algorithm to show Hong ..

He will lead the team to develop solutions and create partnerships with external content owners and publishers...