The campaign is set to bring the epic franchise into the SMRT retail and transport networks by transforming the train cars into Star Wars Zone. The SMRT Star Wars themed concept trains that will go into service in mid-December and will run until 31 December 2015.

With this,  commuters can look out for Star Wars concept trains when they travel on SMRT North-South Line and East-West Line. Take a sneak peek of what the rides will look like: 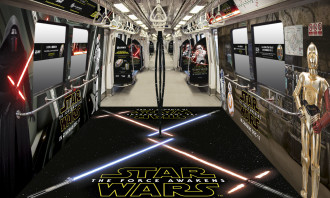 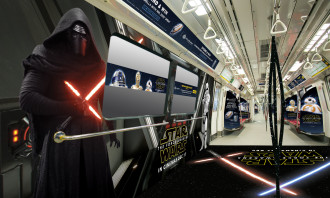 This train makeover coincides with the premiere of ‘Star Wars: Episode VII – The Force Awakens’ movie which is set to release on 17 December in Singapore.

The Forrester report said that Grab triggered an "explosive emotional reaction" when it failed to comprehend the impact of generat..

Zouk will be promoting Coca-Cola Zero Sugar on its in-house TVs and social media platforms...

Christian Dior's “Lady Dior As Seen by” exhibition has traveled from Milan to Shanghai and now Hong Kong, reintroducing the brand ..

How the 65-year-old brand began embracing digital content marketing in Hong Kong at the start of this year and the results it has ..