To mark World Cup 2014, LINE and 7-Eleven have today unveiled a celebratory campaign “7-Eleven LINE-up Soccer Fans Club” with a new TV commercial to promote its latest redemption programme, putting five of its iconic LINE emoticons in the limelight.

The campaign comprises a 30-second TV commercial, created by Leo Burnett with media agency Zenith; a set of 10 figurines supplementing with Hong Kong slangs which exemplify the character’s personalities; as well as a new 7-Eleven LINE account with a set of 7-Eleven branded stickers. 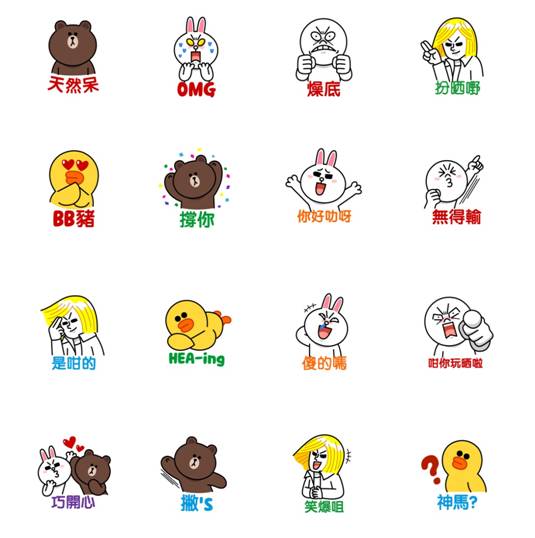 7-Eleven is the first brand authorized to use LINE characters as its exclusive stickers.

Emoticon characters have been LINE’s centrepiece and, like other regions such as Japan, Taiwan and Korea, this character-driven marketing tactic will continue to be key to a fast-paced market such as Hong Kong.

“Stickers are in high demand among Hong Kong people as they are convenient, expressive and handy,” Cindy Park, business office manager of LINE, told Marketing.

“They help express different levels of emotions in a tangible way, moving beyond the limits of language.

“I dare say, this is a revolution of communication.”

This marks the second time LINE has teamed up with a convenience store chain in Hong Kong after the campaign, “Hello, Friends in Hong Kong 2013”, a kick-off project in collaboration with Circle K to introduce the app to Hong Kong.

“The concept of the convenience store aligns with our vision – be part of everyone’s life – which makes us a good match,” Park said.

“We hope to bring the social platform from online to offline, and to directly communicate to users not only on screens, but in every corner on the streets.”

Following the LINE emoticon character frenzy is the emergence of LINE Game, some branded mini games available only on LINE.

Park said in response to the growing popularity of LINE Game, the company may add an additional push on its mini games on top of its spotlight stickers.

But ads for LINE Games on the social platform would not be toned down because it was a move to “offer benefits to users” where they could win gifts or coupons after playing the games.

Nonetheless, the growing popularity of instant messaging on mobile and the high mobile penetration in Hong Kong sees a promising future for 7-Eleven to work with social media, not only does it drive customer engagement, but it also boosts sales.

Five months ago 7-Eleven partnered with Sanrio to launch a set of branded stickers on Facebook as part of the convenience store’s mobile development.

The joint project with Facebook saw more than three million stickers sent out, along with double-digital sales growth.

“Reaching totality is one big mission in this campaign,” said Rose Yeung, sales and marketing director at 7-Eleven.

“LINE emoticons stamps are required to get dedicated figurines in our redeem programme. The stamps are identical to the digital stickers on LINE in order to create a holistic experience for customers.”

Infographic: The future of mobile advertising is native

The British fashion label celebrated Chinese New Year with a micro movie ahead of its first shop launch in Hong Kong this year...

Samsonite picks creative agency partner for SG and MY market

The agency will take responsibility for through-the-line, social and activation duties. ..