Time is a good barometer for the relevance of an ad. And it has just been proven by the remake of the 2005 Danish cookie brand Kjeldsens’ classic TVC “Temptation”.

The TV spot, just like the 2005 version, features four cousins on how they can’t resist the delicious cookies starring original cast members from a decade ago. 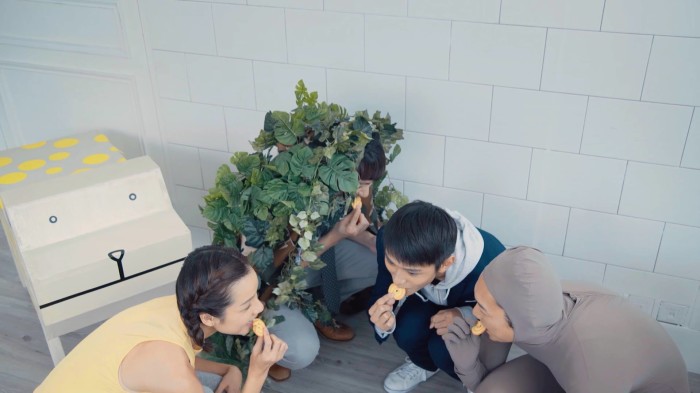 The video not only takes its audiences a trip down memory lane, and serves a purpose to promote its everyday pack product that shows the change customer’s consumption behaviour of buying Kjeldsens’ cookies during seasonal periods.

After reminding the audience Kjeldsens is the brand that grows up with Hong Kong people, another campaign video will be rolled out in early July portraying the stories of the four cousins.

The video has been featured on its digital platforms.

Since its has launched its official Facebook page in last December, this is a breakthrough for the brand to rely on social media as a key channel for summer campaign promotion in a bid to change consumer’s stereotype on its products.

“This marks our first video that has gone live on social media! As Kjeldsens is trying something new; shifting the lucky draw from offline to online, we hope to reach out to more diversified potential customers, especially towards a younger audience base instead of being labelled as a seasonal product for the New Years,” said Kjeldsens spokesperson.

Meanwhile, let’s take a look at the original TVC.

Teeman according to his LinkedIn, has been CEO of Southeast Asia for 11 months and relocated from China...

GAB Professional Solutions, the training and innovation arm of GAB, has appointed the agency LAB as their lead brand communication..

PolyU's ‘Sex on the Street’ scandal and the demise of ATV have topped the most searched stories of the year on Yahoo Hong Kong...