As we know, Gen Zs are a completely different breed from Millennials and Gen X-ers. They are all about driving change and standing up for what they believe in, being more politically and socially aware than ever before. More than any other generation that came before, the report said that the Gen Zs are more prepared to open their wallets to brands that promote causes around social impact, such as climate, LGBTQ, racial or social justice.

“This gives them unprecedented power to shape the success or downfall of companies. They are intrinsically aware that they can drive this corporate change,” a quote in the report read. In a bid to resonate with this future generation, brands today are also tweaking their communications and creative output to appeal to the Gen Zs.

Taking this into consideration, Marketing speaks to veteran creatives who have worked across the different generations from Baby Boomers, to Millennials and now Gen Z-s, on how they remain fresh, relevant and inspired. 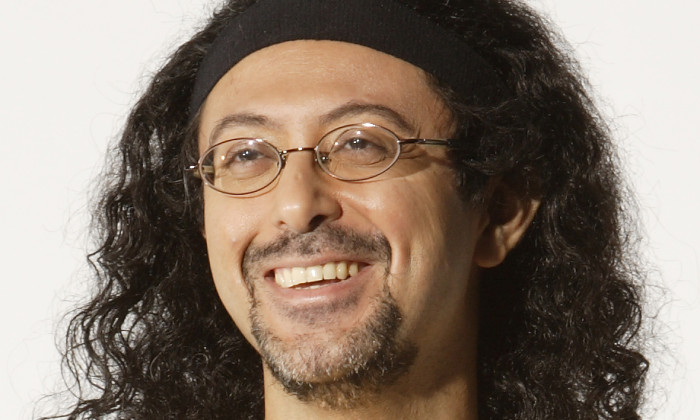 Farrokh Madon, chief creative officer, Wunderman Thompson said that good creative leaders will do what is needed to stay connected with the times. "They can draw the line, and yet be able to cross the line between what they find interesting and what their audience gets excited about,” he added.

“I have 2 Gen Z kids. So I have a pretty direct channel to what’s on. If a new TikTok dance is catching on, chances are I’ve seen it. I know the names of more video game KOL’s than I should. And if someone says ‘Dude Perfect’ to that, well I watch them regularly too. Their water bottle flip 3 from last week is pretty cool," he added. 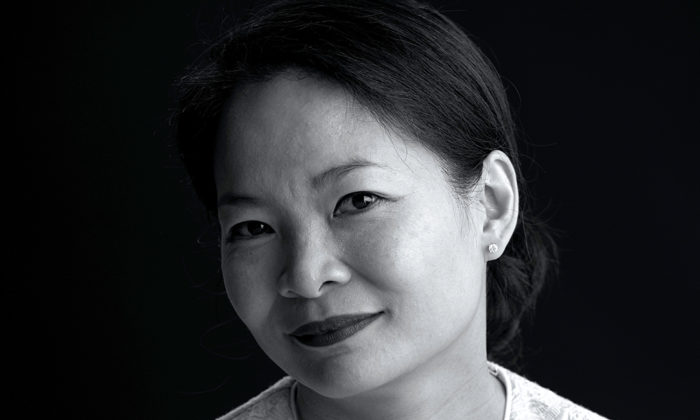 Similarly, Valerie Madon, chief creative officer, Asia, VMLY&R said that with Gen Z kids in the house, she too notices how different the young minds are.

"All if not most creativity is inspired by observations of what’s around us. I may not like the things they like, but their behaviours fascinate me and makes me more curious to understand what makes them tick," she said. One of the things that captured her curiosity is TikTok, which in her opinion has become "nonsensically sticky". However, she was quick to point out that the media has changed but the essential drivers remain the same.

People want to be entertained, and music with dance is universally enjoyable since time immemorial.

"In fact, thanks to the Gen Z generation, we have a licence to be more free, think laterally, and experiment to be more kid-like. Some of the best advertising and content such as Cadbury’s Gorilla worked because it was entertaining yet was so weirdly fitting for the brand," she added. Madon was of the view that creatives need to immerse themselves into the lives of Gen Zs, and imagine being in their shoes.

"All good work begins with good research and understanding of the target audience. Bring them into the team and partner for a while. Quite often we’ll find that most human motivations are primarily similar, especially for advertising. It needs to be useful or entertaining. What has changed is how the solution or communication is delivered," she said. 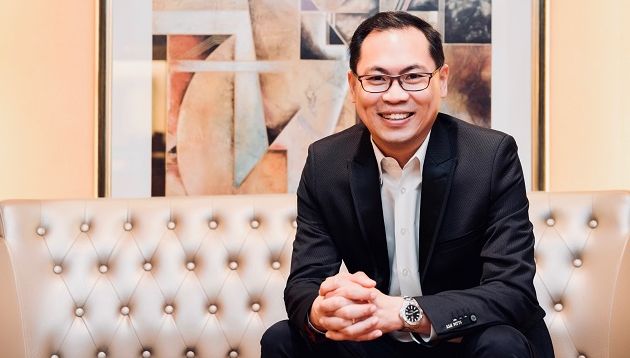 Tay Guan Hin, founder and global CCO, TGH Collective said for creatives, it is important to not target Gen Zs as demographics, but rather understand them as human beings. Tay also noted that Gen Zers are aware brands making an impact on social issues, climate changes, political, and society today, and will not favour organisations that try to do good without good intentions.

"Robust and purposeful work generates authentic goodwill that enables brands to connect with them effectively. Gen Zs are digital natives and growing up in a digital environment, most of their activities revolve around playing with the latest smartphone app to share and experience on their social media platforms," he explained.

According to Tay, creatives must also understand their social media habits to create work that resonates. This way, both brands and creatives will be able to unlock how Gen Zs consume content. Some of the processes that Tay has taken to appeal to the young individuals are relevant and relatable mobile content done in the right tonality, as well as vertical storytelling to innovate mobile content. 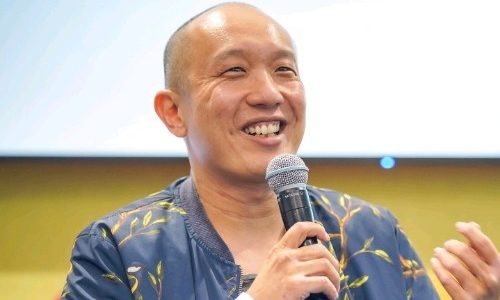 However, while there are many ways to get into the mind of Gen Z-ers, Chan said creatives need to just be themselves as these passionate young individuals "will open up a whole lot more if [veteran] creatives do, as they too want to learn a thing or two from veterans."

For Chan, he gets into the Gen Z mindset through multi-player online battle arena games. A number of these games have clans, he said, adding that it is easier to pick up the Gen Z lingo when you are caring for a virtual life in that particular game.

"Stalk their playlists and hack your own YouTube, Google and Facebook channels," he said. He added that Gen Z individuals express themselves through song posts on Instagram to indicate their mood.

"You can learn a lot from the songs they listen to. You can also change your age profile and details [on social media] to hack your searches. It is interesting to see how you are targeted, other than the typical 'get rich' e-books, which is an inevitable once you are over 40," he explained. 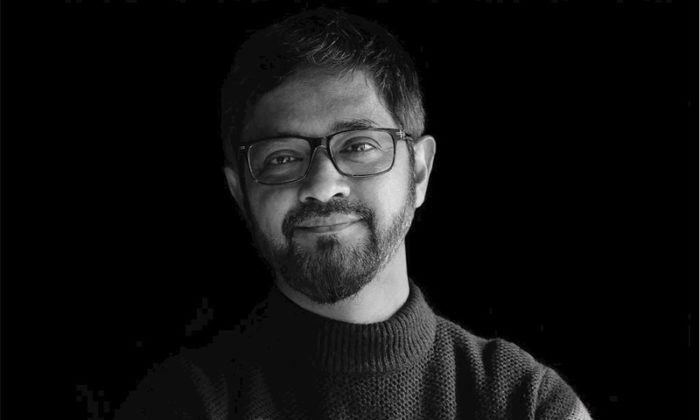 Ali Shabaz, chief creative officer of Leo Burnett Indonesia said that personally, he is fascinated by Gen Z-ers and how active they are with voicing their opinions on just about everything. Gen Z as a group are not only growing fast, but also highly influential in shaping brands, he added.

According to Shabaz, veteran creatives should understand what media they consume and how, look at the brands they are engaged with,  and how these brands are talking to them.

One size does not fit all when it comes to this group.

“Have a good mix of Gen Z in your team when it comes to ideation and brainstorming. You'll be surprised how much you can learn when you listen carefully. Also, attend Gen Z research groups. I know it's not the most exciting thing for creative people, but it's very good learning. Trust me,” he explained.

Shabaz too spends bits of his time hanging out where Gen Z-ers hang out in the digital world, which gives him insights into what they are talking and thinking about.

“Last but not the least; I rely on my kids, who are in same group to keep me informed about what is going on in their world. I even sometimes shamelessly check some ideas with them. I love how candid they are in telling me what works and what doesn't,” he said. 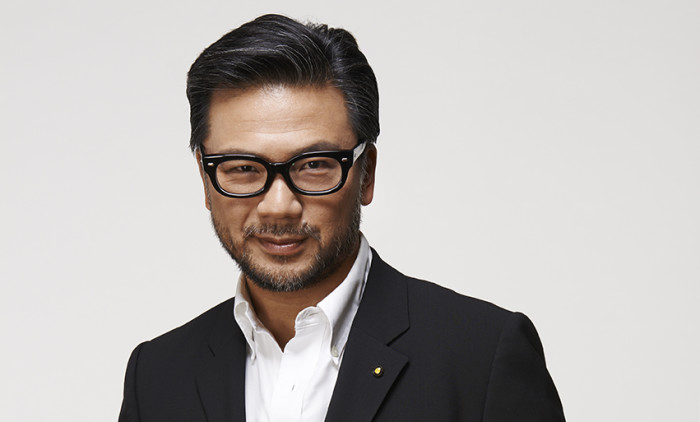 Tim Cheng, CCO, Grey Singapore said whilst not being Gen Zs, this is the most exciting aspect about being a veteran creative, there is constant role-playing involved.

“We have trained our minds to have the ability to role-play, to absorb trends, data, interviews, research, and put ourselves into the shoes of people who are not always the same as ourselves. Be it the bespoke brogues of a luxury cars owner who is considering their next vehicle purchase, or the hospital slippers of a chronic pain sufferer who is seeking effective pain relief, or the trendy sneakers of a young gamer who is looking for the next competitive game to invest their time in,” he said.

Cheng added that it also helps to have constant conversations with the younger staffs or family members, and for him will be his sixteen year old daughter. “Be open to being challenged by their opinions, and step into their shoes and see the world through their point of view -  a world that has always been connected by mobile screens, they are more informed on more topics at faster speed than any other generations before them, and they know they have the ability to change the world, hopefully saving it too,” he added.

For Cheng, brands and creatives must let Gen Z create ideas for Gen Z. As creative leaders, it is important to support these young individuals with experiences and guide them towards being the future creative leaders themselves.