A woman who purchased an iPhone 7 online immediately knew something didn't add up.

Instead of the new Apple device, a Taiwanese female net user was shocked to the core to instead find an iPhone 3 and iPhone 4.

Along in the box was a "fusion summon" card (融合卡) from the Japanese game Yu-Gi-Oh! that normally allows players to combine two monsters into a more powerful one. The seller apparently was suggesting the rule would apply to iPhones.

However, Taiwanese media outlet ETtoday has reached out to the buyer and she admitted the scam was just "a hoax" as she wanted to have some fun with the new product. 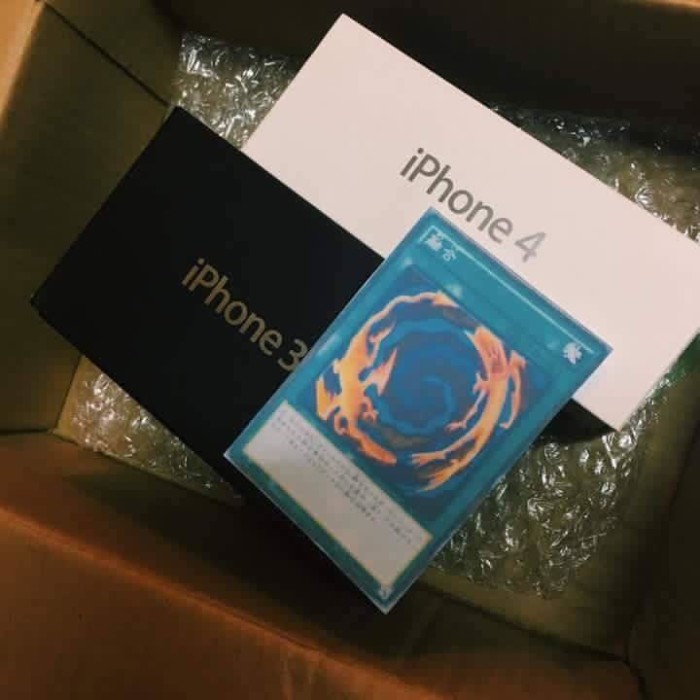 "I bought a rose gold iPhone 7, but I got a 3 and 4, and a fusion summon card. Do take me as a charity," the Taiwanese buyer shared on social media.

Hilarious comments ensued. "You can purchase two iPhone 7s and use the fusion card to make an iPhone 14," a netizen wrote.
News of similar scams seem to follow every iPhone release. A Jiangsu Province woman was burned in March after she bought an Apple iPhone 6 and instead received a knock-off phone branded with a pear.