Hyundai's campaign suffered a setback yesterday when its hashtag was hijacked by activist group Anonymous.

Several influential accounts tweeted about children being sold to sexual predators in Brazil and Brazilian police activity, using #becausefutbol to point out the association with the World Cup.

This caused an influx of activity around the #becausefutbol -more than Hyundai had been able to generate on its own in the days prior to the takeover, according to a report by uberVU via Hootsuite.

Here are some of the controversial news that have been tweeted against Hyundai’s hashtag.

You'll see the goals and the games.. The people of Brazil have seen tanks & bullets. #BecauseFutbol #NaoVaiTerCopa pic.twitter.com/y1HraXysc2

These are the conversation topics the hashtag has been associated with, according to Hootsuite. 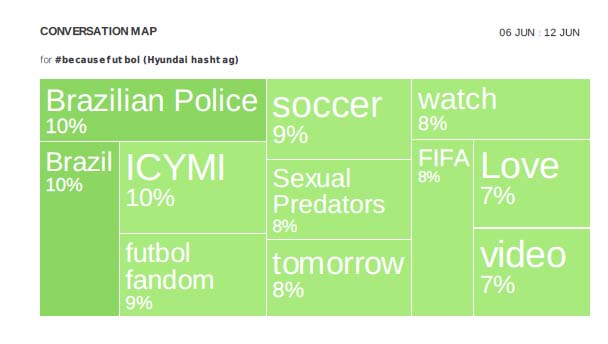 Use of the hashtag also spiked on Wednesday: 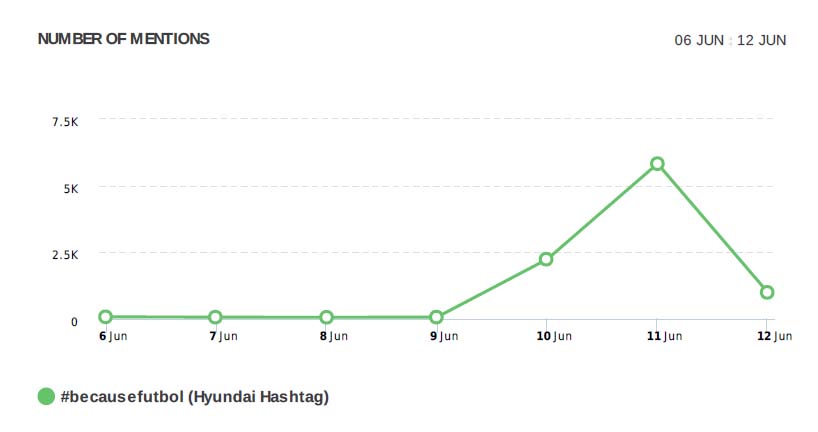 Hyundai launched its World Cup ads under the #BecauseFutbol theme earlier to publicise the redesigned 2015 Hyundai Sonata. The campaign was created by Innocean USA. Marketing is reaching Hyundai for comment.