Mobile ads have been found to be relevant for most consumers, according to a recent Vibes 2017 Mobile Consumer Report. The survey found that most consumers prefer to click to product pages, where they can learn more about the product and order. 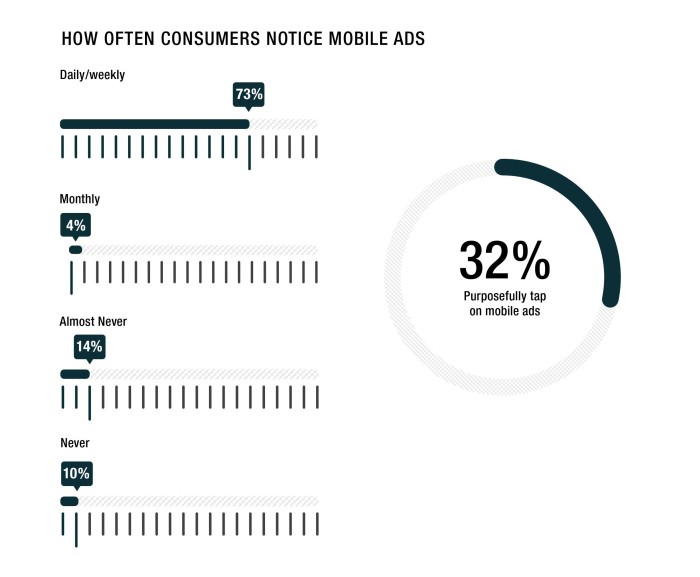 When it comes to figuring out what makes customers click on mobile advertising, coupons and special offers found on social media is a leading draw, with 56% of consumers stating they enjoy saving coupons and offers from social media directly to their phones.

Another popular mobile destination is a mobile coupon page where the consumer can save or store offers directly to their phones. Hence, for brands using mobile wallets, there is a huge opportunity. 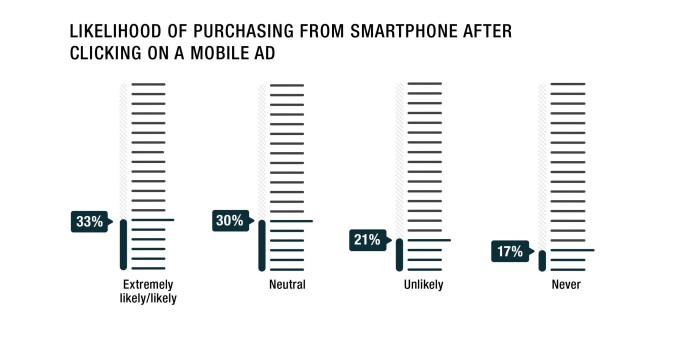 What do consumers do on their phones?

When consumers research products from their phones, 66% are most frequently searching for the best prices, while 63% do so to learn more about the product. Meanwhile, 60% of consumers surveyed say they research on their phone to read reviews of the product. Web search comes in top in terms of channel where consumers do their product research. 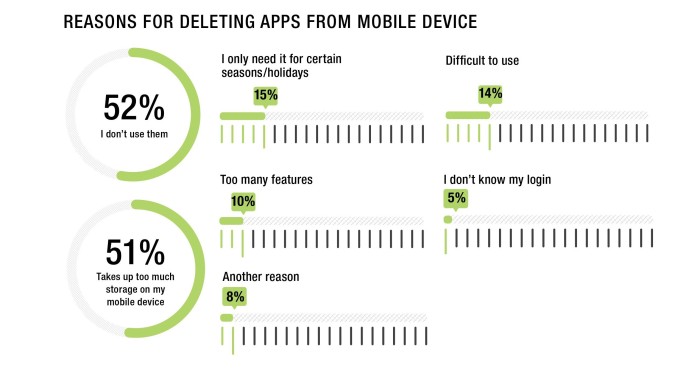 Although in-app usage is high for retail applications, with 80% opening retail apps within the last month, apps do not drive action. Only 4% of consumers state that they make purchases after checking the application for information.

According to Vibes, apps should never be the sole focus of a brand’s mobile engagement strategy. Despite coming in top in the past, apps have plateaued. Instead, brands should be looking at SMS/MMS or mobile wallet strategies to extend its customer relationships out of apps.

Don't kill your retail app yet!

However, this does not mean brands should kill their retail app, as 56% of consumers enable notifications for at least one app. Out of those surveyed, 46% are open to receiving daily notifications and 17% are up for hearing from the brand twice a day. The study also found approximately 32% of respondents stating that they always or often opt-in to notifications. 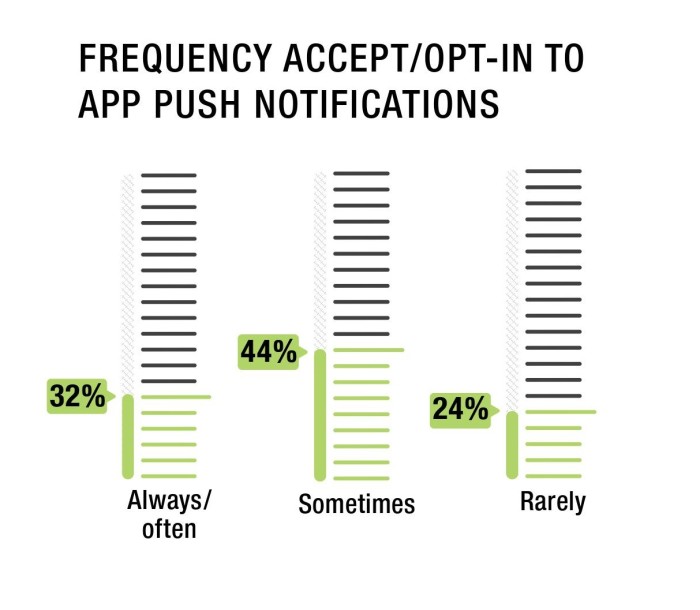 Hence to capitalise on this, marketers need to make their notifications purposeful and powerful, the report said. Some examples include utilising geofenced notifications which go off when a consumer walks by the store to remind them to go in.

Personalisation is also key when it comes to mobile messaging. According to the report, consumers are highly motivated by personalised messages around offers, with 59% stating a greater inclination to engage with a brand that sends mobile coupons and other deals. 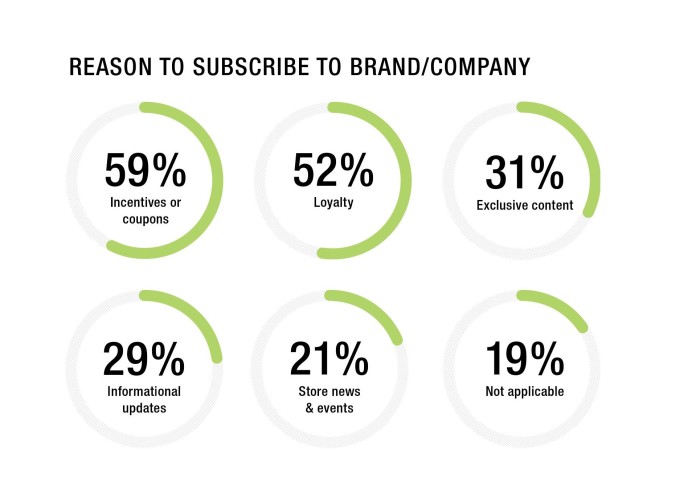 This means messaging should take into account locations, preferences, and past purchases, as well as personal celebrations such as birthdays and anniversaries. Transactional messaging is also another good strategy, such as allowing consumers to receive text alerts with updates on orders from retailers of brands.

This type of messaging has become more sought after by consumers on their phones, with 75% percent of consumers ranking such transactional information as among their top reasons for opting into notifications.

As for reasons to why consumers opt out of subscribing to notifications and brand messages, too many messages or updates comes in top at 65% for consumers. Next is a lack of personally relevant information at 57%. Both figures represent a 6% increase from Vibes’ 2016 Mobile Consumer Report, indicating consumers’ patience with brands that spam or fail to personalise is waning.