Would you pass on the chance to enjoy free Bak Kut Teh everyday for 365 days?

People who saw New Union’s June post on Facebook may think the brand was kidding. But when they saw New Union’s post showing the picture of the first winner, they knew it was serious about its proposal.

It all started when Song Fa Bak Kut Teh (meat bone tea), a popular F&B restaurant in Singapore, successfully obtained a SG$500K funding through the New Union crowdfunding platform. New Union and Song Fa Bak Kut Teh both published a piece in their respective Facebook pages to announce the collaboration.

This was the post in the New Union Page. 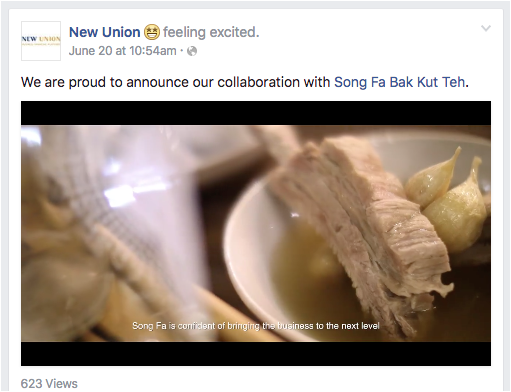 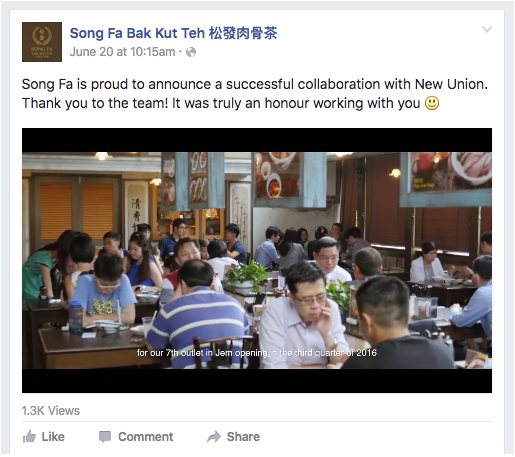 Indeed, that is how companies normally do it. But here’s the interesting twist.

The duo started teasing each other on the New Union post.

First it started with Song Fa Bak Kut Teh thanking New Union for the collaboration.

The conversation could have ended after New Union acknowledged the thanks from Song Fa Bak Kut Teh. But it didn’t. That little “view more replies” link was hiding the most shockingly interesting part of the conversation.

Slowly, as the teasing progressed, an interesting joint contest evolved. 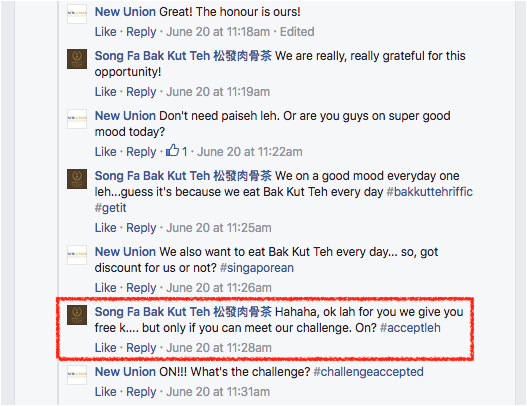 New Union simply asked for a discount on Bak Kut Teh, which sounded reasonable. But Song Fa Bak Kut Teh had something more in mind: Free Bak Kut Teh for 365 days.

That sounds pretty much out of this world. But who in Singapore wouldn’t want that?

New Union too got excited, they said “ON” without much hesitation or knowing what the challenge even was. It was then asked by Song Fa Bak Kut Teh to get 300 likes on a video it posted. 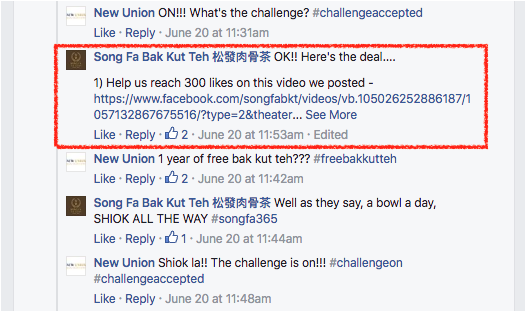 To confirm the contest, Song Fa Bak Kut Teh edited the copy of the post and that sealed it and the challenge was on. 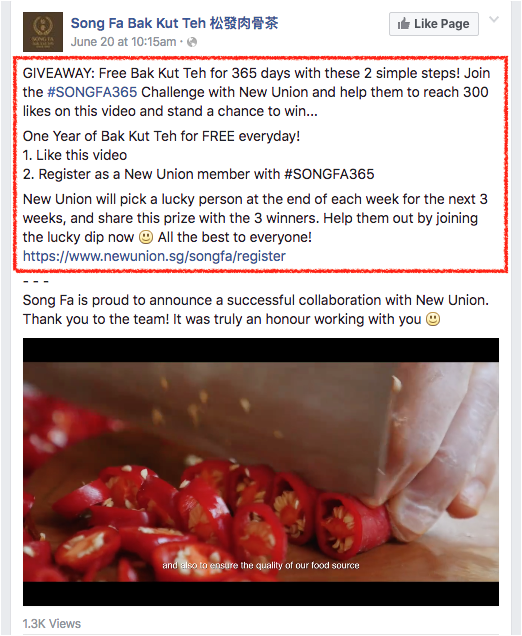 Song Fa Bak Kut Teh edited their announcement post to reflect the challenge.

At the point of writing, we can see this contest post being pinned at the top of the New Union Facebook page. 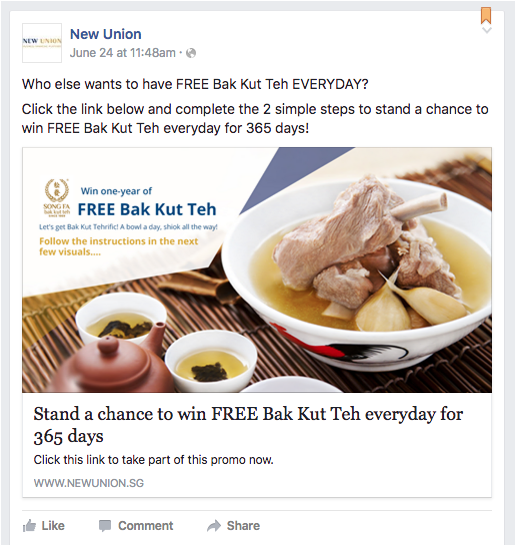 The contest post would lead the viewer to a page in the New Union website. That page would then guide the viewers on how to join the contest. First, it asked viewers to view and like the video provided by Song Fa. Then it then invited the participants to explore the world of crowdfunding by signing a New Union form. 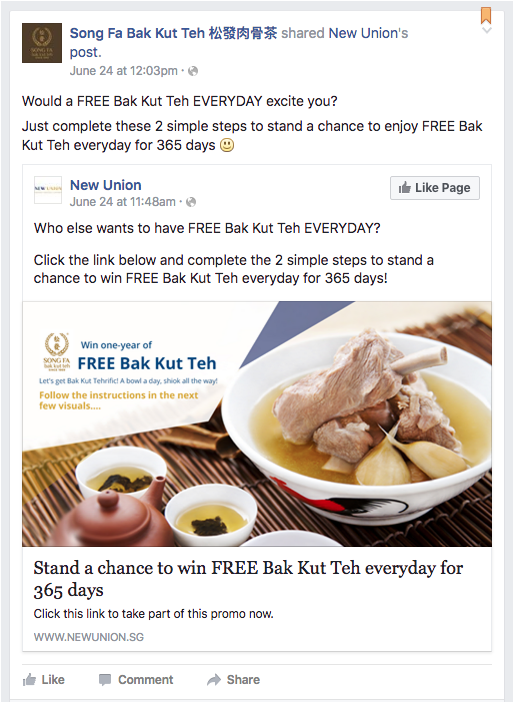 The response from the Facebook viewers in Singapore was interesting too as people started tagging their friends on the posts. 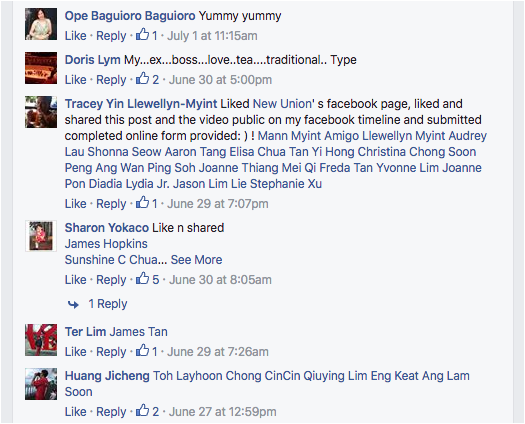 At the time of writing, 458 reactions and 16 comments gathered at the Song Fa Bak Kut Teh Page.

According to Marcus Ho, marketing director of New Union, both brands were surprised at the number of page likes and both brands gathered at least 10 times as many Page Likes after the contest was launched. Meanwhile on New Union’s side, reach and number of engaged users per day doubled.

Istvan Loh is an independent marketing consultant and business owner in the FMCG industry with no association with the brands mentioned above.

Here’s to an awesome time – and a new beginning

Will Amazon’s spike in nabbing search ad dollars in US trickle down to Asia?

StarHub next to launch audience measurement system, what does this mean for the industry?

The move although not the first in the market, comes at a time the fight for TV Ad dollars is intensifying. ..

Do you stifle a yawn when you hear the phrase "customer loyalty"? Yawn no more with these four new ways of seeing it - which might..

SkillsFuture SG banks on the consumer instinct to promote its initiatives

As part of the launch, a series of ads and TVCs will run across various channels including a dedicated campaign landing page and s..

Women’s Health Malaysia, a fitness and lifestyle magazine, will debut in March next year...