At a glance, you can see those characters on a wall featuring the Chinese radical “Bui” (Ķ▓Ø), which means shell, Chinese ancient money. The use of shell money is attested to in the Chinese writing system.

One netizen criticised it’s “tasteless” and those words with negative meaning should be removed.

“Money is the source of a lot of worry in this world, so it makes sense to feature negative words!” one Facebook user wrote.

Unrelated characters that contain the particle “Bui”, but without using it as a radical ŌĆō such as “toilet” (Õ╗ü), were also seen.

Some local brands have quickly jumped on the bandwagon and mocked the HKEX, including Fortune Pharmacal and Tam Chai Yunnan Noodle. 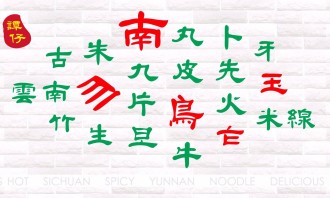 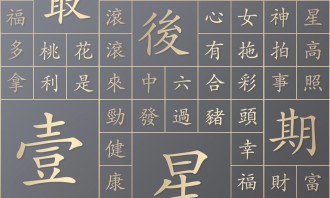 According to a report by Apple Daily, the HKEX explained, the wordings were chosen by its curator Chinese Museum of Finance (õĖŁÕ£ŗķćæĶ×ŹÕŹÜńē®ķż©).

The HKEX Connect Hall, which has a floor area of 30,000 sq ft, is a multifunctional venue that will host listing ceremonies of companies and other related events. It will also have a museum, showcasing the history of Hong Kong’s stock market, which started trading in 1891.

Advertisers or consumers: Who will feel the tax pinch on consumer digital services?

YouTube's move for paid subscriptions will be a strong step in to further monetising its potential, say industry experts...

The showcase demonstrates how using extended reality tech married with eCommerce can make the shopping experience personalised, in..

Carried out at a cafe in KL, the experiment involved taking over the WiFi and offering internet access to visitors once they have ..

Mehta began her career in advertising where she has worked at Lowe, JWT and Bates. ..