Two legendary American brands Harley-Davidson and Gibson Brands Guitar are teaming up in Hong Kong for a musical collaboration program “Rockin Road” which will run in 2016 and aspire to encourage and nurture local bands in Hong Kong.

The launch will also unveil the never seen before in Hong Kong Harley-Davidson CVO Pro Street Breakout Motorcycle, one of a kind Gibson Guitar designed by Mark Lui and the Gibson Custom Guitar 2016 review.

The first event in the series will kick off on 27 May at the newly launched Harley-Davidson showroom in Chai Wan with a guest performance from Korean K-Pop rocker James Kim.

The event kicks off of activities for Harley-Davidson Hong Kong under newly appointed marketing and PR director Josephine Lee. Lee, the former general manager of marketing and public relations at Lamborghini Hong Kong and Guangzhou joined Harley shortly after new licensee holders took over the brand in Hong Kong. 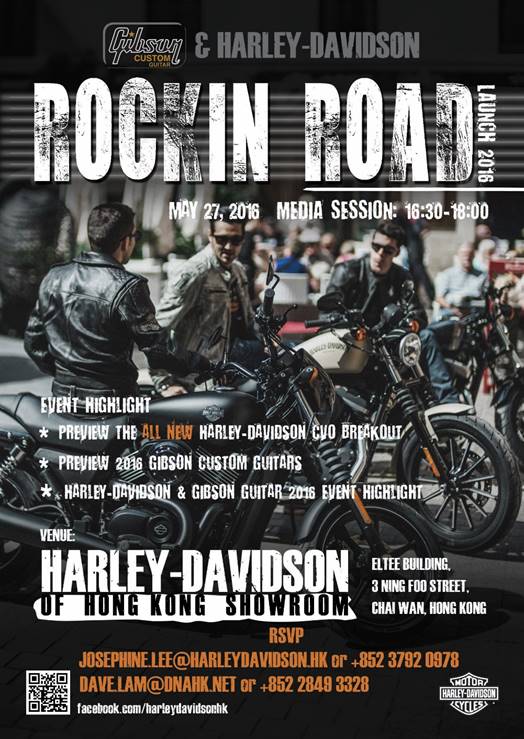