Co-founders of Gushcloud International, Althea Lim (pictured left) and Vincent Ha (pictured right), have regained control of the company from Yello Digital Marketing Global (YDMG). This includes the full 62% buy back that Yello Digital Marketing Global previously held within Gushcloud International at an agreed price of US$8.2 million.

The co-founders said they are grateful for the last three years with YDMG, and the company has helped Gushcloud International break into key territories providing influencer marketing services across Asia Pacific.

“However, as co founders of Gushcloud International, we see the company evolving beyond influencer marketing services so we can build out a sustainable future for influencers and content creators. To play an important role within the media and entertainment industry, and to build out what this ecosystem looks like, we believe we had to take back control of steering the company forward and to onboard more strategic partners and investors. We are excited for our next wave of growth and will remain close partners with YDMG,” Lim and Ha said in a joint statement.

The buy back seems to indicate a difference in vision between the two, as during acquisition stage Ha had expressed excitement at being part of  YDMG, part of the Yello Mobile group which comprises more than 70 companies specialising in shopping media, digital apps, content advertising and marketing, as well as online travel and offline to online services. He had then said the vision to build “Southeast Asia’s number one digital media and marketing company is completely aligned with Gushcloud’s” and a key pillar in its vision for service offerings includes viral and content marketing. 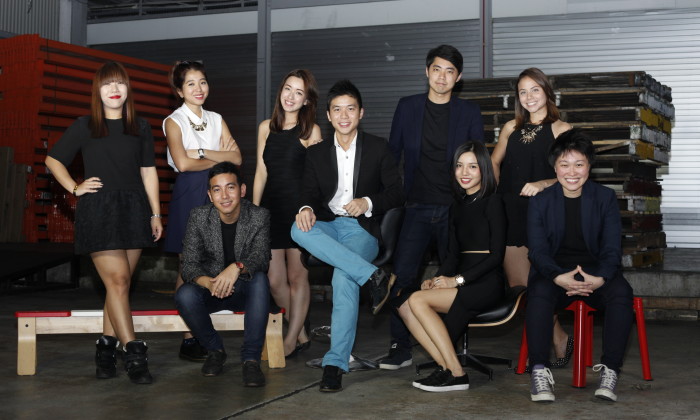 Following which, in 2017, Gushcloud reorganised its global business into two business groups – Gushcloud Agency and Gushcloud Entertainment. Both groups are housed under Gushcloud International. The reorganisation saw Ng Siang Hang appointed as CEO of the agency group, taking over from Lim who moved on to become CEO of the entertainment group. The move aimed to offer focused leadership to scale and improve its influencer advertising strategy and marketing operations, as well as provide room to innovate in social media talent representation and intellectual property creation.

The Agency group also includes a new sports marketing agency called Sports Star Network, a video production agency called Hello Studios and a digital marketing consultancy called Twenty Acres. In 2016, it rolled out a new logo as part of its rebranding efforts as it looked to expand regionally and into the entertainment industry.

H&M is doing good with its latest global clothing collecting initiative, kicking off on 23 February in Malaysia...

Some netizens on Twitter said that while they loved the inclusion, it was a "missed opportunity" by MAC Cosmetics...

Students from the University of Cebu Banilad campus will offer branding and marketing services to member companies of the European..