The latest spot titled "Helping Hands", has copped flak by some senior netizens for its misleading nature and started a discussion on the difficulties of retirement in Singapore.

The video documents the story of a granddaughter at her graduation who reflected and shared how her grandfather is an inspiration to her in her sport and school journey. It also shows the grandfather’s struggle to learn how to walk again and the support he is given by the loved ones surrounding him.

The spot concludes with the slogan “We are always here for you. Caring for our seniors” followed by a list of government schemes available to help the silver generation including the Lease Buyback scheme, Medishield Life, GST vouchers and Ease programme, to name a few.

But was the spot really that bad to begin with, we ask the creative community.

“I can understand why the older generation felt it was misleading as they are probably not the target audience to begin with,” Lionel Lim, managing director at Addiction Advertising said.

He pointed out that the video is in line with recent videos from the government which does not go with a “hard-selling” approach,  where the story line isn't inline with the actual product itself. Some of the key messages the spot touched on was how “no one is ever alone but is supported by loved ones.”

The spot, said Lim, draws references to the fact that the pioneer generation is never alone and is supported by a string of government-led initiatives. Lim said:

Apart from the stiff acting, I get the message.

Ng Khee Jin, founder of local ad agency Wild Advertising & Marketing said the messaging of the video was rather vague.He added that payoff about social support at the end seemed "unrelated to the entire story carried through by a rambling speech."

How did she get to be valedictorian? Can we stop milking a dead cow? This approach might have been fresh 10 to 20 years ago but the nostalgia approach is way past its expiry date.

He added that the local audience today is well-educated so such an approach might not work anymore "because trying to squeeze a sense of sentimentality out of the audience can be quite contrived". Overall he deemed the entire spot as "oblique".

The video is also linked to the Gov.sg website, where infographics are available for viewing on the various social support schemes available for senior citizens. 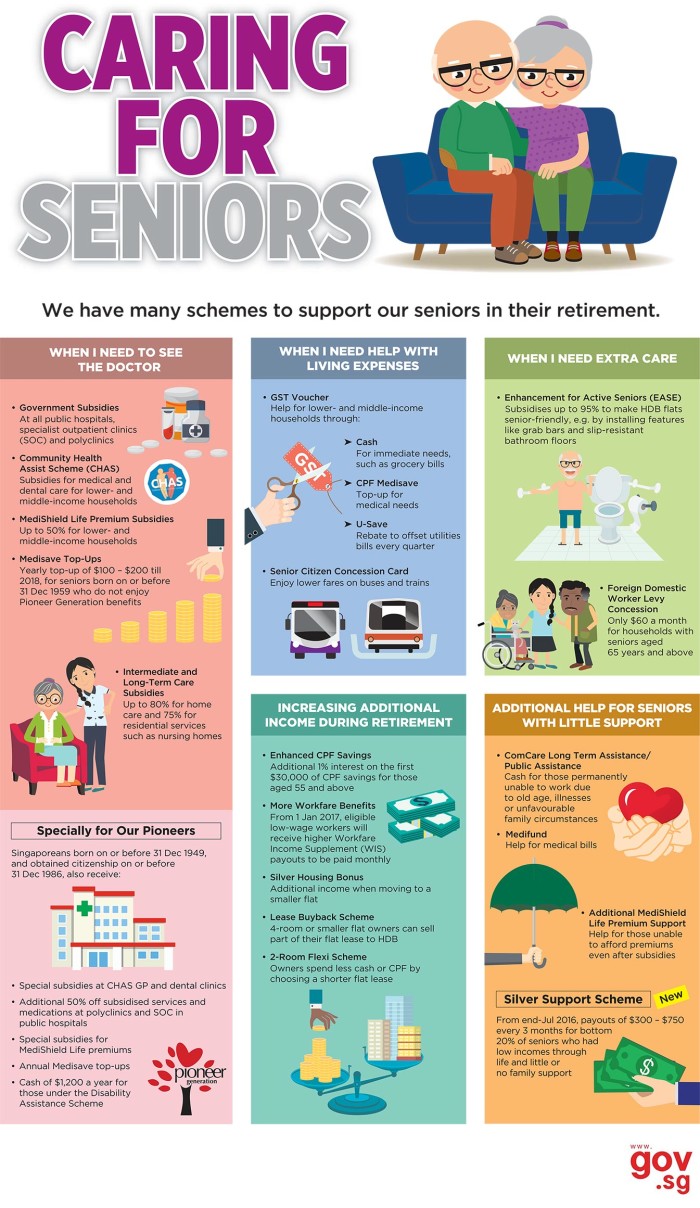 What did you think of the ad? Share with us your comments below.