Google has backtracked on the look of Search results on the desktop platform, after it copped flak from users for masking ads as organic results. Several netizens said on Twitter that there was a "blurred line" between ads and organic results and does not allow users to clearly distinguish between the two.

Here is an example of how the Search results looked like previously (left), and what Google updated it into (right) on the mobile platform: 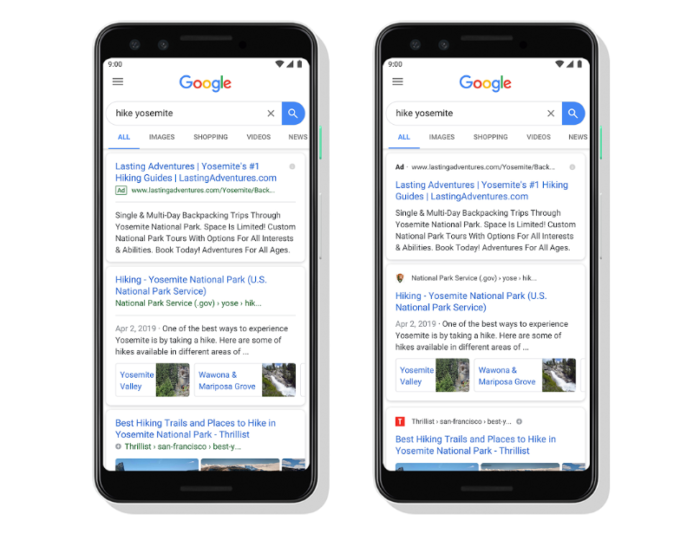 Last week, in a series of tweets, Google said that it will now experiment with new placements for favicons (website icon) and during these tests, some might not see favicons while some might see them in different placements.

The company said that it is looking to bring a modern look to desktop, and that its early tests of the design for desktop were positive.  However, when the update was mirrored on desktop, there was a surge of comments around users not being unable to distinguish between ads and organic results. Some netizens also said they will switch to another search engine, while a handful of users said this would be a marketing opportunity for Bing.

In english, We are greedy and want you to click on more ads.

It literally hurts my eyes. Do you not beta test this stuff first? I mean damn... I gotta switch search engines if this doesn’t change.

Not really. These results are completely irrelevant to my search and seem mostly focused on advertising brands. Switching my default search engine today. #Fail

This is literally the dumbest shit you've done and you need to undo it immediately. @bing this is a marketing opportunity

To this Google said it has heard the feedback from users and the community, and is working to improve the experience.

Meanwhile, Google recently revealed that in two years, it plans to make third-party cookies obsolete on Chrome as part of its open source initiative, Privacy Sandbox, which was first announced in August last year. This comes as users are demanding greater privacy – including transparency, choice and control over how their data is used. Come February, Chrome will limit insecure cross-site tracking. Since the announcement, multiple media outlets including Reuters reported that adtech companies such as Criteo and Trade Desk Inc have been impacted, with their shares dipping 8% and 1.4% respectively. Nonetheless, industry players say it is a step in the right direction for Google.