Mergers and acquisitions among the top 50 consumer goods giants have fallen sharply from $226 billion in 2015 to $50 billion in 2016, according to OC&C Strategy Consultants’ annual “Global 50 report” in collaboration with The Grocer , which examines the financial performance of the world’s 50 largest consumer goods companies – the likes of Nestle, P&G, Diageo and PepsiCo.

With organic revenue growth at historic lows and companies under pressure from activist shareholders to boost margins, M&A has become a critical source of growth among the global 50 in recent years. But political uncertainty caused by Britain’s EU referendum, populist parties gaining ground across Europe and the US presidential election is likely to have depressed deal-making in the sector, the report says.

“The bottom fell out of consumer goods M&A in 2016, and political uncertainty has undoubtedly played a significant part in this,” said Will Hayllar, partner at OC&C Strategy Consultants. “With the global 50 struggling to find growth and under increasing pressure to boost margins, there’s more reason than ever for M&A activity, be that acquisitions to access growth segments in their categories like premium and natural or consolidation to drive profitability. Clearly, events across Europe and the US made many cautious of pulling the M&A trigger in 2016.”

Hayllar however said they’ve already seen green shoot up in the first half of 2017 with M&A beginning to recover across the sector as businesses adjust to the new political norms. Between January and May, 10 deals have been announced with a combined value of $87 billion. Although one of the biggest potential deals, Kraft Heinz’s failed takeover attempt of Unilever, was spectacularly scuppered earlier this year.

Strong performance was seen in the tobacco sector despite significant market headwinds of falling smoker numbers and increased government intervention, with cigarette volumes decreasing by c.2.5% per annum over 2013-16.

On the other hand, Hayllar believed the landscape continues to be challenging for consumer goods companies, but there are “winning strategies”, which focus on e-commerce, premiumisation and tap into consumer trends, such as healthy living.

He said that sector leaders such as PepsiCo, Unilever, and Nestle are finding superior organic revenue growth through these strategies:

Unilever, Mondelez and Nestle have grown their e-commerce revenues by 30% to 50% over 2016. Despite e-commerce being a relatively low share of revenue, these companies show it can ultimately provide 1% to 2% of overall organic growth.

Premiumisation strategies, both organic and inorganic, have also proved effective

Diageo, for instance, has launched new brands and products to grow its premium presence in existing categories. Diageo’s commitment to premium brands has been further evidenced through its $1bn acquisition of George Clooney’s Casamigos premium tequila brand in recent weeks. Others have also grown their premium offering through M&A, for example Unilever’s multiple acquisitions of smaller players in recent years such as T2 and REN.

Now, Innocent makes up 1% of Coca-Cola’s sales that, although relatively small, has the potential to make a big difference to the growth of the business. Likewise, just 12% of PepsiCo’s revenue now comes from Pepsi, whilst “Everyday Nutrition” generates 25% and “Guilt-Free” 45% of revenues, underpinning superior organic growth of PepsiCo in the past year.

StarHub has tied up with several brands such as AirAsia BIG and NTUC Link to ramp up its loyalty efforts. ..

Hyundai cars flaunt their dynamics all around town

On weekends, the Mediacorp OOH truck will be morphed into a mini-laboratory...

See who in the mobile marketing world has made it to the finalists for Mob-Ex Awards 2015...

Identifying a CMO collaborator: Do you have one in your company?

What exactly is this new hybrid role? .. 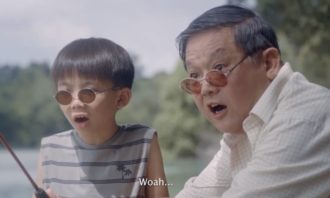