Fox International Channels has picked up the fifth season of popular television series “The Walking Dead” for its territories across Asia Pacific, and has been actively promoting the show in several Asian markets with “zombie attacks” in several markets.

This follows AMC Networks Inc’s recent announcement on renewing the zombie apocalypse drama series for a further season in the US.

“The Walking Dead” season five will return in 2014 on FIC’s channel platforms across Asia Pacific, with Scott Gimple as the series’ showrunner and Robert Kirkman, creator of the original comic on which it is based, Gale Anne Hurd, David Alpert, Greg Nicotero and Tom Luse as executive producers.

For the Japan launch of the season,  FIC worked with FOX Sports Japan and staged a zombie attack at a baseball game. It also executed a Halloween stunt where over a thousand zombies stormed the Tokyo Tower.

In Taiwan, the public experienced a similar attack from ‘walkers’ who hijacked a bus and drove around famous tourist locations, promoting “The Walking Dead” Season 4 along the way. 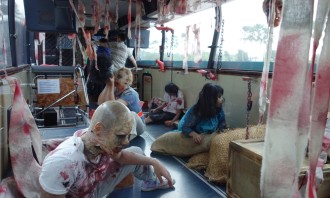 The campaign in Taiwan 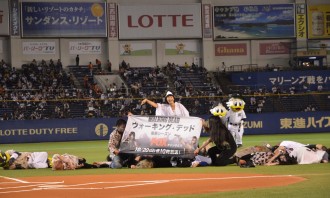 “The Walking Dead” campaign in Japan 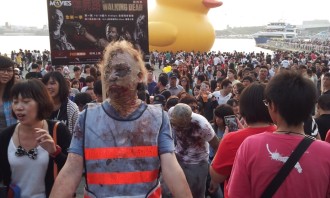 Southeast Asian promotions of the programme

But is this reflective of the marketing world?..

SEE how marketers will spend in 2014

The growth of mobile and online advertising may strain Hong Kong's new free-TV channels, with four out of five marketers saying th..

Head & Shoulders has broken the Singapore Book of Records record for Most Number of #SGLargestGroufie Instagram uploads. ..

Industry players think the move might be a costly one but in the long run, it might just help boost the quality and creativity of ..