National Day is just around the corner and consumers will soon be dressed in a sea of red and white. Durex Singapore has a similar suggestion, but for the sheets instead. In a Facebook post, the contraception-maker has called for everyone to wear red this National Day, and by red, it refers to its red box of condoms.

The post read, “Singapore’s birthday is right round the corner and what better way to show your love with a red box of Durex.” The brains behind the quick and witty posts is social media agency actstitude. In a statement to Marketing, Alvin Kok, managing director and co-founder of actstitude said it is part of the agency’s brand DNA to jump on trends, festive and special occasions while ensuring brand relevancy in an occasion such as National Day.

Kok said that the brand aims to continue creating relevant content for the audience and that Durex can always be associated to consumers’ “good times”. “We want the brand to be experiential, it’s always a two-way communication, not really a one way. Of course, from time to time, we do get people in different opinions to our content, but I guess to each its own,” he added.

The team has kept up the momentum of spitting out cheeky posts. The most recent one was during Facebook’s global outage that had everyone in a frenzy and also took a lighthearted approach on Song Hye-kyo and actor Song Joong-ki split while fans reeled in shock.

According to Kok, members of the public associate Durex to be a brand which is quick to jump onto trends and happenings. He added that the team gets “good talkability” on the Internet each time it puts up witty postings. But one particularly post that was picked up by multiple worldwide press was this year’s April Fools’ Day. Durex unveiled its new fish skin condom with Mala Hot Pot flavour on 1 April, that has since garnered over 10 million reach.

Meanwhile, check out the other brands that are putting their own patriotic spin to National Day:

Referencing the 2006 Singapore General Election, Shopee decided to revive the phrase “mee siam mai hum”, turning the phrase into its Shopee Slice game. Conceptualised and marketed in-house, Shopee aims to go beyond providing a transactional experience and engage with the online community through such interactive features. Shopee Slice: Mee Siam Mai Hum was unveiled to the public last week. 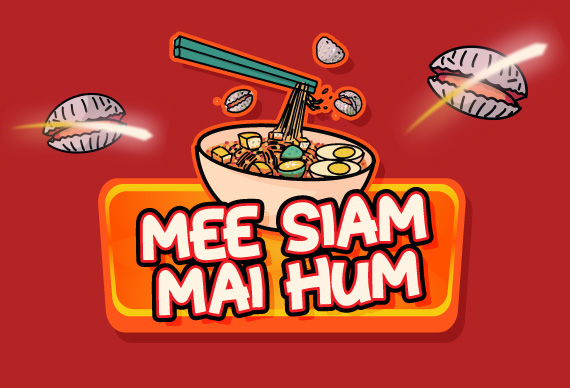 Tiger Beer pays homage to the day before National Day

Titled “The Day Before”, Tiger has unveiled a short film that draws a parallel between Singapore’s transformation and Singaporeans’ journey to success. Released intentionally the day before National Day, the Singaporean beer brand looks to relive the struggle-to-success moments of homegrown talents from all walks of life and how it reflects the nation’s journey as one people and one nation. Conceptualised by THE LAB and produced in collaboration with The Momentum, the video airs on TV, cinema, digital and social media channels on 8 August.

This National Day, Great Eastern wants to celebrate all the little and not-so-little things that make those here Singaporeans. The video on Facebook is a collage of clips that takes viewers through the simple pleasures and racial harmony between locals. Some examples of Singapore include the confidence of a women to walk the streets at 3 am; the nation’s global standing with the hosting of the Trump-Kim summit; the freedom to cook anything and support those who do; as well as the familiar lilt of Singlish, among others. The spot ends off saying, “There are some things no policy can protect, only we, the people can.”

Circles.Life aims to celebrate the spirit of “One Nation, One People, One Singapore” by offering free daily unlimited data to all new and existing customers between 7 to 19 August. This comes as part of the telco’s focus on giving power back to its customers. Circles.Life also plans to continue to drive this initiative across all markets in the future, adjusting programs to suit each market’s data usage needs.

The ride-hailing company has launched a “Have You Ever: Singapore Edition” social media contest from 8 to 12 August and rewards riders SG$54 in ride vouchers. Gojek has also partnered with Sport Singapore to organise a sport and wellness event titled “Get Active with Gojek!” for driver-partners. Held on 7 August, the event saw nearly 200 drivers come together for a group workout and sessions with Doctor Anywhere and Gigacover.

A bunch of Singaporeans have curated National-Day inspired stickers on Instagram and encouraging others to post boomerang/videos of their creative uses of it. Two filters have emerged on the social media platform – a waving Singapore flag on the background and stickers saying “I love SG”. These filters can be used on IG Stories and shared amongst others.

What are some of your favourite National Day campaigns?

Twitter apologises for misuse of user data since last May

No doubt, a big step forward for the industry...

The programme is held in collaboration with SME Corporation Malaysia, Companies Commission of Malaysia, Malayan Banking and Teleko..

Approximately 35.3% of total sales were generated through mobile and online platforms...

Beyonce released her fifth album with close to no marketing done for it, and yet with massive success. Here are tips brands can pi..

Are marketers getting data from your selfies?

Data mining from images - is this the next big thing?..