Desaru Coast gets aggressive with its APAC marketing tactics

Desaru Coast is Johor’s first and most luxurious multi-billion ringgit integrated destination resort. Industry players expect the project to boost up tourist arrivals and golf enthusiasts particularly from around the region.

In a conversation with A+M, Philip Whittaker, chief marketing officer of TAR&H said the projected target market is approximately 70% international and 30% domestic.  The developer launched its first marketing campaign in June this year with a TV spot on Fox Sports channel to promote the first component of its project, launched to public in September this year, The Els Club Desaru Coast – The Ocean.

The golf course is designed with a 27-hole course by Ernie Els, with the remaining components set to be open to public through 2019.

“Our TV advertising campaign and on-air sponsorship package targeting golfers across Malaysia and Singapore was focused on Fox Sports coverage of major golf events commencing in July such as The Open Championships. This was followed by key golf tournaments such as PGA Championships and The Barclays Championship,” Whittaker said.

But apart from attracting the golf lovers, Whittaker added that the company’s overall marketing efforts will be targeted across the region through “a comprehensive integrated campaign that include above the line (ATL) and below the line (BTL) advertising such as broadcast, digital, print, press, regional inflight advertising and outdoor advertising.”

The developer declined to comment when asked about budget allocated to its marketing campaigns.

“We are excited for the potential that this premium integrated development can bring not only to Malaysia, but the region. With Asia Pacific fast becoming the world’s biggest regional travel market, Desaru Coast aims to provide a complete destination package, especially for discerning travellers in this region,” Whittaker added.

Check out The Els Club ad below:

The next launch for the project will be The Els Club Desaru Coast – The Valley, an 18-hole championship golf course designed by Vijay Singh, slated to open in early 2017.

The Desaru Coast development includes a blend of globally renowned hotels and resorts such as The Westin Desaru Resort, a conference centre, a 27-hole and 18-hole golf course, a themed water park and a retail village. There will also be a new addition of Hard Rock Hotel Desaru Coast and a resort lifestyle residences developed by Malaysian developer, UEM Sunrise Berhad. The whole development which spans over 3,900 acres facing the South China Sea will take approximately 15 to 20 years to complete.

TAR&H added that its wide range of offerings have been built in mind with a goal of providing something for everyone – from families with children to couples, golfers and those in the corporate segments. 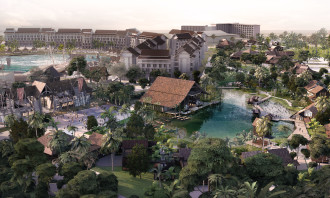 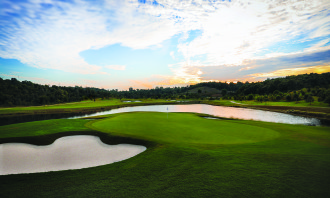 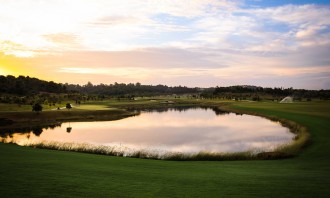 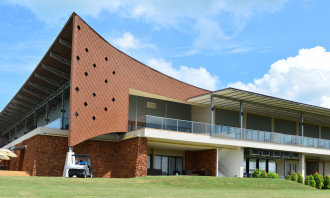 Multiple brands lend their support in promoting the ASEAN region

After a three-way pitch, MGPA has awarded its Asia Square Commercial Property brief to TBWA Singapore...

BlueFocus: China is changing not slowing

Steven Chen, VP of BlueFocus, the agency behind the acquisition of We Are Social and Metta Communications, says China's domestic a..