Boasting a combination of good looks and legendary sporting prowess, former soccer star David Beckham has become something of a staple on fashion campaign billboards over the years.

German sports gear giant adidas has partnered up with its football brand ambassador Beckham as an undercover delivery man, to make a surprise appearance at La Salle College in Hong Kong to present the autographed footballs to the students yesterday. 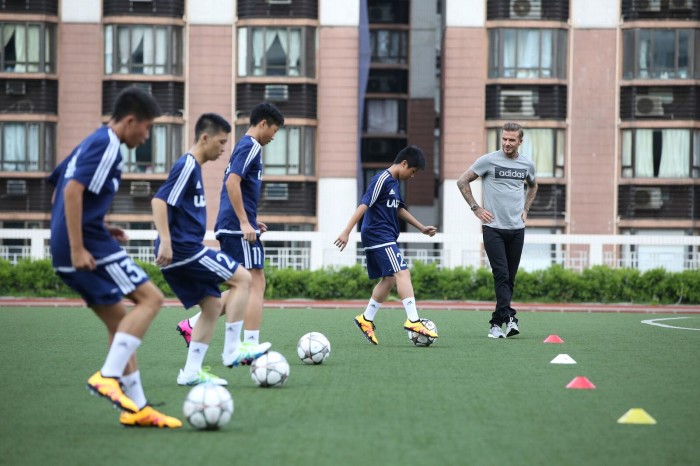 He interacted and mingled with the young footballers, as well as presenting 30 autographed adidas mini footballs to the students. 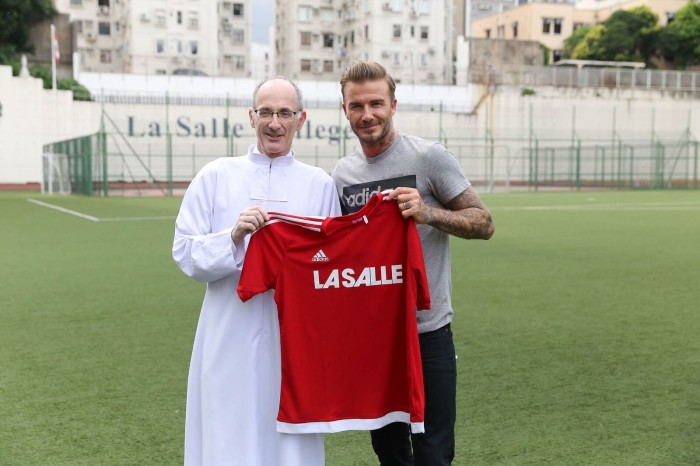 Before the visit, Beckham also hit town for Kent & Curwen's 90th anniversary celebrations and made a stop at his wife's fashion boutique to check in on proceedings.

The programme will start accepting registrations on 4 July, providing a total of 2016 footballs to over 200 local primary and secondary schools on a first-come-first-serve basis.