COURTS Singapore has redesigned its flagship megastore in Tampines in a bid to create a more immersive store experience for its customers, slated for opening on 11 November 2017. The move is part of the retailerâ€™s recent SG$10 million investment into a series of store refurbishments, a press statement read.

Together with the store makeover, COURTS Singapore also unveiled its newly relaunched online store to make the online to offline store experience for customers more seamless for an â€śomni-channel reachâ€ť. The statement added that its webstore is the â€ślargest in COURTSâ€™ store network to dateâ€ť, and boasts better navigation and faster check out experiences with options for in-store collection.

To promote the new store, the retailer is launching its â€śBetter Living, Better Pricesâ€ť brand campaign to showcase its price promise to make good living accessible and affordable for homeowners. This will culminate in a four-week-long celebration that begins after the store opening. The campaign will feature celebrities such as Sing! China second-runner up Joanna Dong, Running Man star Kim Jong Kook and sports stars such as Arsenal and Liverpool footballers and boxing champion Muhamad Ridhwan.

The new megastore aims to be an â€śaspirational hub featuring the latest in-store experiencesâ€ť. This will include new retail concepts and experiential areas create innovative touchpoints for shoppers who want to learn more or interact hands-on. Other new additions to the store include eating areas such as a cafĂ© and a Subway for shoppers and more customisable and personalised furniture offerings. 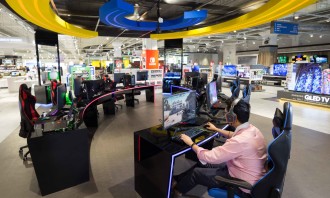 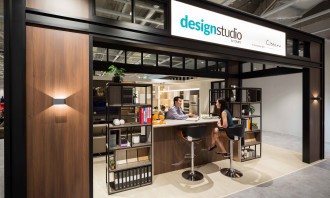 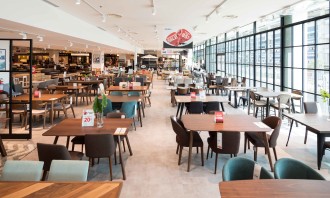 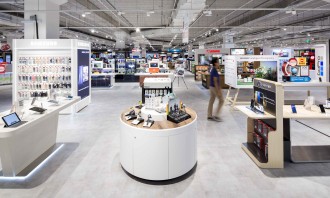 â€śThe COURTS Megastore transformation is the result of a year of planning and two months of ongoing renovation work, combining the expertise of the commercial, visual merchandising and store operations teams to respond resoundingly to what todayâ€™s modern apartment owner desires from shopping for their home,â€ť Ben Tan, country CEO of COURTS Singapore, said.

The company recentlyÂ madeÂ a net profit of SG$6.1 million for the first quarter, which ended on 30 June 2017, compared to SG$8.8 million in Q1 FY 2016-2017. This is coupled with an increase in the companyâ€™s distribution and marketing expenses by 0.5% to SG$16.2 million in Q1 FY 2017-2018. Meanwhile, plans for theÂ SG$10 million revamp of seven of its outletsÂ in Singapore first emerged in August. This began with an â€śoverhaulâ€ť of its Tampines flagship megastore.

Earlier this year,Â COURTS SingaporeÂ appointed Jasmine SeowÂ as merchandise director to drive the companyâ€™s commercial strategies and bolster COURTSâ€™ merchandise and services in the new financial year. SheÂ continues to report to Tan. Prior to her new role, SeowÂ was marketing director for around three years.

Airbnb dishes out US$2m to promote tourism projects across APAC

The heart-warming film garnered some four million views on YouTube in a month...

Face of the Marvel brand Stan Lee passes at 95: Ensuring his brand vision lives on

Lee is known for co-creating popular Marvel superheroes such as Captain America, Spider Man and the Fantastic Four, and often came..

Monetising data and leveraging mobile platforms are key to growth for media owners...