Why Asia-based senior executives are more likely to quit

A study of senior-level executives based in Asia has found that leaders in the region show higher turnover rates compared with other regions.

Asian leaders are also considerably more receptive to recruiters from other organisations, said a survey by CEB and Russell Reynolds Associates. One reason for this is because of the tensions between headquarters and the regional leaders, which is a leading cause of dissatisfaction and intent to leave among Asian-based executives in many WMNCs.

The research, which studied more than 1,000 Asia-based CEOs and other executives, found the high turnover rate is contributed by factors such as lack of confidence among local leaders that global headquarters understands their regions, and values their opinions. 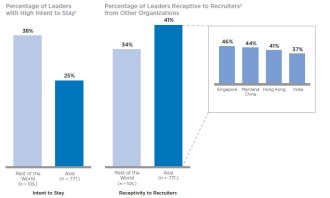 “Although the long familiarity Indian executives have with Western multinationals seems to give them a relatively favourable view of headquarters, their counterparts in China, Hong Kong and Singapore feel that corporate bosses aren’t listening to them,” the study said.

This is a concern regularly aired by regional marketers. In an earlier article by Marketing, one issue highlighted was influence without authority, where in most companies a regional role has little authority to influence decision-making.

Sandeep Khanna, who formerly held regional marketing roles at LG and Nokia, said the survey results were a little surprising.

“In my experience, there was always a universal understanding and appreciation that China and India needed to be treated in a special way in Asia. Assuming the results of the survey are representative, the fundamental issue is around trust,” Khanna told Marketing.

One reason, said Khanna, could be a lack of exposure.

Only when both the global and regional leaders have been in the saddle long enough, does trust develop. Another reason can be a lack of visible success if the category and the businesses are relatively new to Asia.

“Nothing succeeds like success and that is true in the corporate world more than anywhere else. If the Asian business has not yet delivered profits and is still in investment mode, the HQ leaders are always circumspect and would like to replicate the ‘Western way’ of working. In many industries, Asia will have a longer gestation and that is something the West does not understand that readily.”

In everyday behaviour, this can create problems and sometimes leaders in the West are not sensitive enough to understand the nuances that underlie behaviour. But this understanding is a two-way street. Asian leaders also at times fail to understand the Western DNA and do not make the much-needed added effort.

“As a result both operate from their cultural positions and there is not enough meeting of the minds.”

More leadership in Asia is needed

Priya Bala, regional director at font, added that historically, many multi-nationals have aimed to replicate their success across Western borders in Asia by sending leadership to Asian markets. But cultural nuances and the changing business landscape means it can take several years for them to fully understand the market.

In the marketing industry, measures need to be set in place to grow a solid leadership bench that nurtures local talent. Asia is no longer just a region for localisation of global products and content – each market has its unique nuances and opportunities for growth.

“You need to develop an approach specific for that region, which will often be completely separate from their Western approach,” Bala said.

From the point of view of managing turnover, it is important for marketing leaders to help employees re-evaluate their goals for the year ahead, and think long-term about their needs, so staff members do not find themselves in the same position further down the track.

She added that often where agencies and marketing leaders fall short is on retention strategies. In such a situation, it is incredibly easy (and common) for leaders to refuse responsibility for staff leaving, instead blaming the employee, the recruiter or accepting high turnover as an industry trend norm.

“If your staff is leaving by the dozen, you need to take stock of what’s going on internally, and whether your current processes – such as taking a global approach to local growth – are working,” Bala said.

“In the end, employees leave because they feel they are just not being heard. Marketing leaders need to look into more effective engagement measures for their staff’s welfare and happiness.”

Greg Paull, principal consultant of R3, added the talent squeeze would happen in Asia as much as anywhere else because the demand was so high.

“For a start, there’s an oversupply of agencies. Meantime, there are more start-ups in ad tech in Asia than elsewhere in the world and the quality of talent is so variable – ranging from outstanding to average. These dynamics are driving high turnover rates and a short-term mindset.”

However, he is optimistic the trend will shift. “We need to reach the happy medium of a job for life with a job for a year, the current mindset in China and other places,” he said.

The study also showed the willingness to switch functions especially strong in supply chain leaders and weak in sales and communication executives (15%). Marketing and market research sit somewhere in the middle with 24% willing to change.

Here are several other trends the study found: 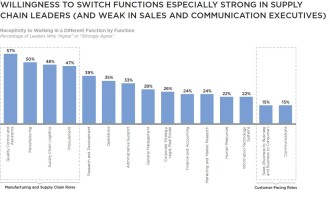 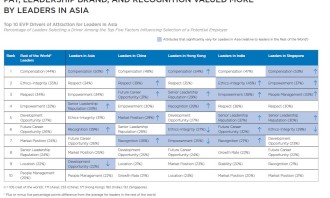 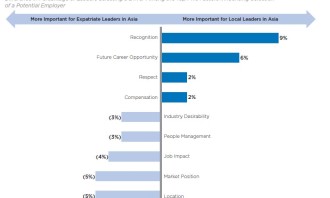 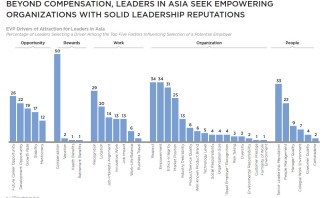 Creating a better cohesion between East and West

Khanna suggests what could help the situation is to have more companies have more of their Asian counterparts in the board rooms globally. Global leaders should personally hold roles in Asia as exposure to local markets will make them more sensitive to the cultural nuances.

“Diversity will surely help bridge the trust gap and culture. At the end of the day, it’s invisible and needs to be experienced at a visceral level. Everyone gets it theoretically, but there’s nothing like a dose of reality,” he added.

Sony Computer Entertainment has launched PlayStation 4 with a celebrity-fueled event...

Mottram ends a seven-year run with Next Fifteen, owner of Text100 and Bite, which acquired his agency Upstream Asia in 2009...

Mobext Philippines goes to Twitter with their global fund raising program for typhoon relief efforts in the Philippines...

He replaces Kerry Brown who has moved on to Eyeota...