Online marketplace Carousell has rebranded its old logo (pictured below left) and overall visual identity as it marks its seventh anniversary this year. According to Carousell, the refreshed new logo (pictured below right) and  visual identity signifies the brand’s progression and growth while putting a spotlight on its core purpose of enabling shared possibilities amongst users of the online marketplace. A Carousell spokesperson confirmed to Marketing that Superunion and 72andSunny worked on the brand refresh.

Carousell said that it wanted to retain the link to the Kodak carousel in its new logo, as the founders were inspired by the Kodak carousel that goes round and round. The new symbol mark reflects a top-down view of the Kodak carousel, and the embedded within the logo is a letter “c”, while the five fins represent Carousell’s core values – Mission first, Care deeply, Solve problems, Be relentlessly resourceful, Stay humble. Superunion modernised the logotype and wordmark to reflect a vibrant yet trusted marketplace in a digital-first environment.

Ambrish Chaundry, Superunion Singapore’s managing director said: “Working on the Carousell rebranding project has been very exciting for us. As it builds momentum around regional expansion and widens its offering, it’s a perfect time to remind the world what makes Carousell special – a community of real people, ‘Carousellers’, who make a genuine positive impact on each other’s lives through the act of buying and selling.”

According to Cassandra Leong, head of brand marketing lead for Carousell, Superunion engaged the whole organisation, across departments and seniority, in arriving at a narrative and identity that captures Carousell’s best selves.

Co-founder and CEO, Quek Siu Rui said in a press statement that Carousell has grown its presence to six markets, expanded from general classifieds to properties and automobiles and recorded over 250 million listings over the last seven years. According to Quek, the online marketplace is more relevant than ever today, where consumption has grown rapidly and sustainability has become a focus. Moreover, in Southeast Asia, the population is over 640 million people, where two-thirds are still coming online and experiencing the Internet.

Over the weekend, Carousell also held a flagship event called Carouselland, which included workshops and community activities for visitors. During the event, Quek said that Carousell will be eyeing more ad dollars and was looking to hire more talent. According to a BT article, direct media ads and programmatic advertising will be used to scale up revenue streams for the app. Quek was also quoted in the article saying that the platform is “a very attractive advertising ecosystem” and is seen as a premium publisher “because of the real stickiness of the app.”

Meanwhile, a spokesperson also told Marketing that Carousell will be spending more ad dollars, but details were not shared.

In July, the brand appointed JJ Eastwood as managing director for advertising. The appointment of JJ was in addition to the recent hiring of Lewis Ng as chief commercial officer (CCO). This came as the Carousell looked to redirect its aim towards transforming itself into a premium publisher by bolstering value-added services and premium products for clients. 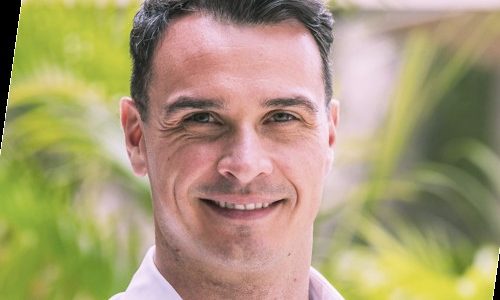 Eastwood is responsible for building commercial relationships with brands, and leading Carousell’s advertising sales and operations divisions. He is also tasked to manage advertising strategies for a widespread number of clients ranging from general sectors to high-value vertical markets such as cars and property. In a previous press release sent to Marketing, Carousell said that Eastwood, in 2012, launched Australia’s largest private programmatic marketplace at eBay. He then proceeded to establish the APAC business for Ad Tech firm Rocket Fuel, became the CEO of HuffPost Australia, and in recent led the expansion of Rakuten Marketing’s programmatic, affiliate, and search businesses across APAC.

JJ said, “Carousell is uniquely positioned between two of the fastest growing industries in SEA, eCommerce and digital advertising, and with treasure trove of search and intent data that marketers can leverage, it is an exciting time to be joining the business.”

[Digital Marketing Asia Conference 2019 in Singapore is back! Join us on 8-9 October as we hear from experienced practitioners and thought-leaders on how they are managing complex digital transitions and reimagining new ways for their marketing to become more customer focused, agile and interactive. Check out the agenda and book your seats today.]

Meanwhile, according to its latest financials, Carousell recorded a fourfold revenue growth in 2018. Attributing this to the company’s business strategy, the online marketplace has been focused on enhancing product features, improving the user experience as well as scaling across the region. The platform also partnered with Government Technology Agency (GovTech) to launch online identity verification feature for users to combat the increasing number of fraud and scams on its platform.

Earlier in April, the Singapore Tourism Board also awarded Carousell and six other businesses up to SG$1.3 million for marketing proposals under its second edition of the Marketing Innovation Programme (MIP). Carousell proposed a campaign to showcase Singapore as a destination through the eyes of a visitor who meets new Singaporeans friends that share similar interests.